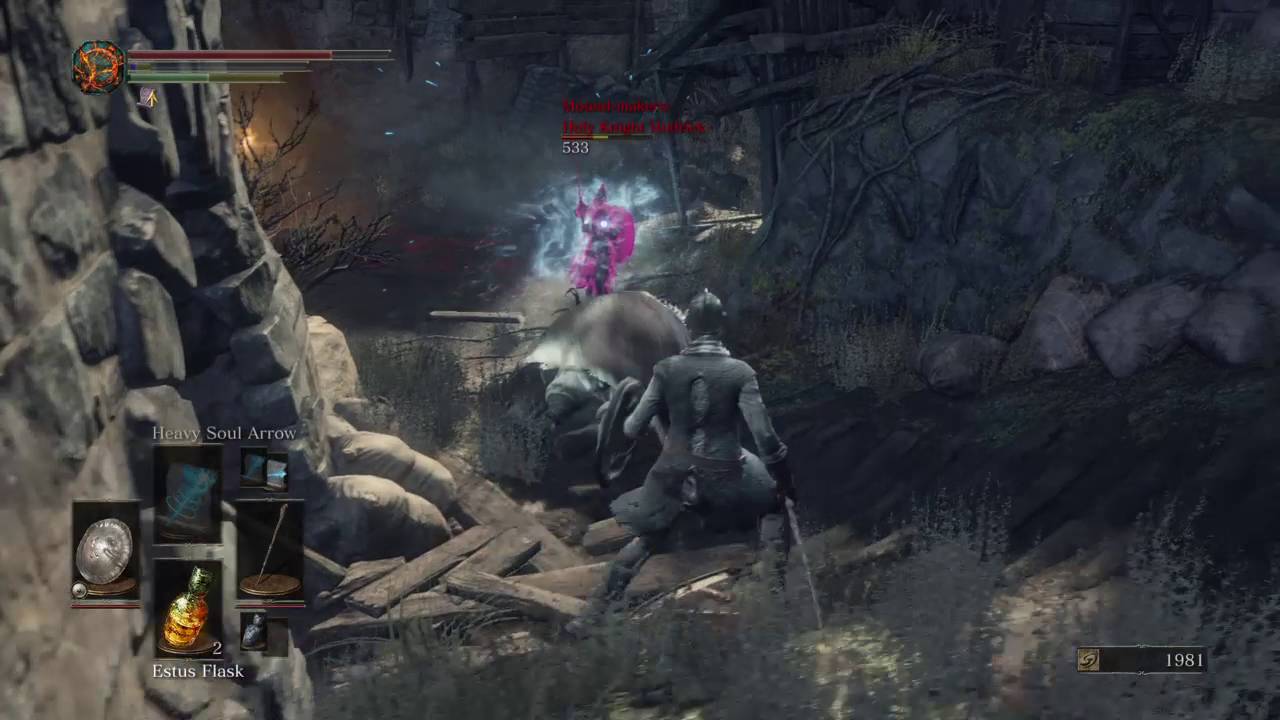 How to Beat Holy Knight Hodrick in Dark Souls 3

Found near the second bonfire in the Undead Settlement, the Dark Spirit of Holy Knight Hodrick is far from a pushover.

Armed with a greatsword, stat-boosting pyromancies and a handful of heals via an Estus Flask, he can make quick work of the unprepared Ashen One.

That said, there are a few strategies players can use to take him down quickly and efficiently.

How to Beat Holy Knight Hodrick With a Melee Build

If you’ve designed your character around strength, dexterity or just general melee attacking power, the strategy for taking down Hodrick is simple.

Have a single-handed weapon equipped so that your attack swings are faster than those of his greatsword. Once he spawns, move in close and let loose with attacks until you’re down to about 25 percent of your stamina left.

At this point, start to strafe around Hodrick in counter-clockwise circles until your stamina recharges. Dodge roll to the right when he tries to hit you with regular attacks.

If he tries to hit you with his two-handed upward thrust, dodge back and to the right. This should put you just out of reach of the attack’s hitbox.

Once your stamina is recharged, rinse and repeat this strategy until he reaches half health. At this point, he’ll try to use a pyromancy that boosts his attack at the cost of his health constantly draining.

Try your best to stagger him out of his casting phase. Don’t sweat it if you can’t though, as even if he succeeds, you can still repeat the strategy from the first phase and avoid most all of the damage he might deal to you.

Once he reaches 25 percent health, Hodrick will heal himself with an Estus Flask. If he succeeds, he’ll be restored to 70+ percent health, and you’ll have to keep hammering away at him with attacks to get him back down to where he was.

As such, move in and hit him with as many attacks as possible when he tries to heal. If you’re strong enough, he’ll stagger out of it, and even if you’re not you can get him closer to his original health amount before he healed.

He only has two potential heals, so repeat this process as many times as needed. Eventually, he’ll be out of Estus flasks and will fall to your constant attacks.

When it comes to magic and pyromancy users, the strategy to beat Hodrick is a bit more straight forward.

After he spawns, draw him away from the bonfire and into the proceeding area. This might draw the attention of the area’s enemies, but it will also give you plenty of room to work in the next step of the fight.

After you’ve moved about halfway into the next area after the bonfire, turn around and start running back toward it. Hodrick should follow, and while he does you can let loose at him with spells or pyromancies.

He may dodge out of the way of a few, but if you let him come in close enough you should be able to lock him into an attack animation, resulting in your attack hitting dead-on.

Once he gets too close though, dodge around him and head back toward the middle portion of the next area.

Keep running circles around him and attack when he presents an opening. So long as you have plenty of magic flasks equipped, you should be able to outlast Hodrick and put him down for good.

Whichever strategy you use, you’ll need to be patient and take your time. Doing so will lead you to victory and allow you to put another notch in your Dark Souls 3 belt.

That does it for how to beat Holy Knight Hodrick. For more on Dark Souls 3, check out our ranking of every Dark Souls 3 boss from easiest to hardest.