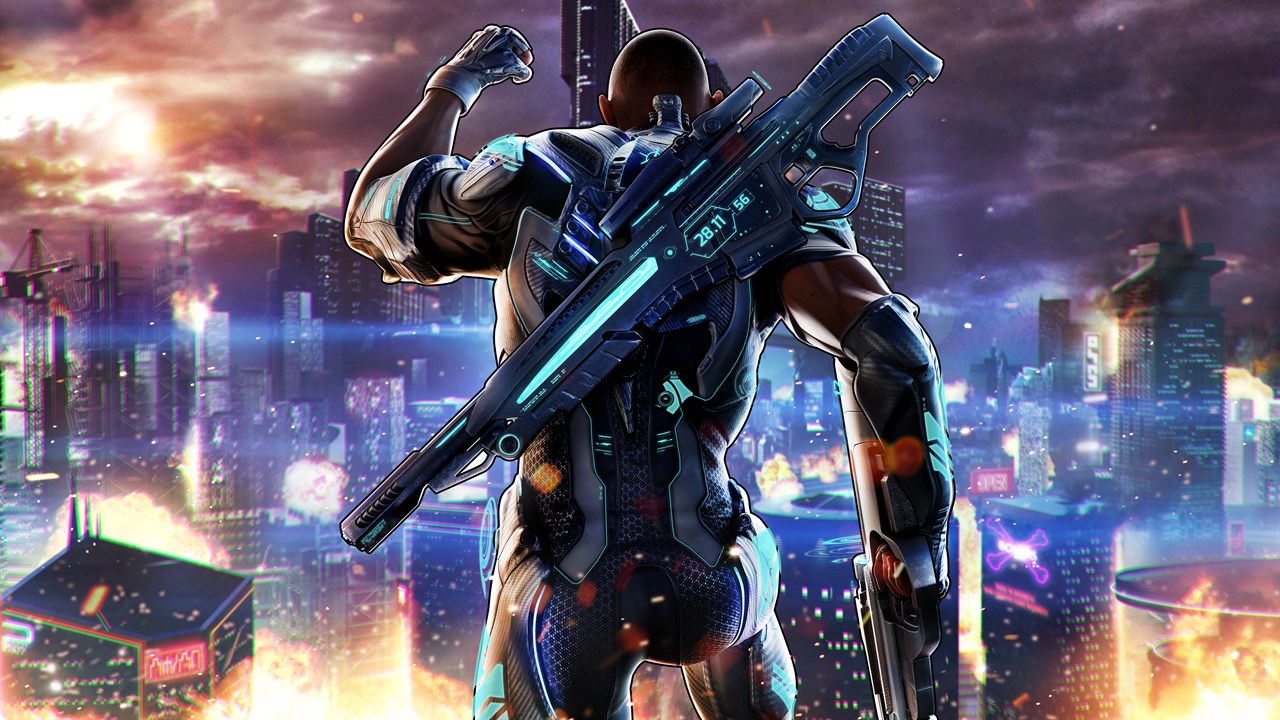 Crackdown 3 on Xbox One

In an ideal situation, so much isn’t riding on Crackdown 3 to be a huge hit both critically and commercially. The current state of exclusive games on the Xbox One puts an enormous amount of pressure for Crackdown 3 to be something that can stand up to the mega-AAA games Sony has produced in recent years such as God of War, or the beloved franchises seen on the Nintendo Switch.

Crackdown 3 isn’t equipped to carry that kind of load but in spite of that, I’m quite confident many gamers are going to put it under that kind of microscope. It’s more of a “B movie” type of game that’s not meant to bring home any Game of the Year awards and instead takes aim at just being a zany 20 hour or so romp for Xbox One owners.

Even with that fairer goal in mind, Crackdown 3’s efforts are hit and miss. There are times when Crackdown 3 pushes the envelope forward and does some really unique cool stuff.

However, there are just as many times where Crackdown 3 is a slog, and is genuinely un-fun. The result is a game with uneven and inconsistent quality, but in spite of that it should still be played by gamers anyway.

Crackdown 3 is separated into two very different experiences, the Campaign, and the Wrecking Zone multiplayer mode. Let’s start with the campaign.

The campaign of Crackdown 3 is an open-world and open-ended experience that allows players to take down objectives in any order they please in order improve their survival chances against the game’s final boss, Elizabeth Niemand, the head of the antagonistic TerraNova corporation.

The plot of Crackdown 3 is, for the most part, nonsensical and nonexistent. There’s very few cutscenes and cinematics, and the story is mostly told through brief conversations between Agency hero Charles Goodwin and newcomer Echo, with the game’s boss targets when they show up in the story. Don’t come into this game expecting the next great video game story.

What’s a bummer is that Terry Crews, outside of a few cinematics/cutscenes, isn’t heavily utilized. He doesn’t have much to say during the campaign, and he, along with the other playable Agents (which don’t really add much other than EXP bonuses to different stats) are effectively silent heroes outside of a few one-liners and grunts.

This is a shame because Terry Crews is objectively awesome in everything. I’ll happily take what little we got of him in Crackdown 3.

That said, the open-ended structure of the game’s plot is definitely interesting. You can take out the who’s who of the TerraNova corporate ladder in any order you wish. You can discover more intel about them to make them easier to find and take down, and weaken their defense through your actions in the open-world.

This would have been a solid foundation, but the problem is that the objectives in-game are quite repetitive and not nearly varied enough.

There are three main enemy factions: Logistics, Industry, and Security. They all have slightly different enemies, and objectives that make up the core of the gameplay when you battle them, but more or less fighting any of them is the same experience. This is extra problematic when these engagements account for the mass bulk of the content in Crackdown 3.

You show up to one of their facilities, sometimes you’re hacking something, or blowing something up, but it’s all the same at its core. Walk up, kill everything in sight, and then do whatever you have to do to check it off as complete. The shooting and killing is the main objective, and it feels the same regardless of who you’re fighting.

There’s a lot to keep yourself busy while exploring New Providence. 100%-ing the game will definitely take you a good amount of time, it’s just that it’s all quite repetitive.

Fortunately for Crackdown 3, the guns are so incredibly fun to use that it balances out the monotony of the campaign structure a lot of the time. There is a large arsenal of overpowered weapons that are incredibly satisfying to use.

Honestly, the extent that the guns of Crackdown 3 can hold your interest is probably going to determine how much you enjoy the campaign as a whole, as that’s where the game’s bread is definitely buttered.

However the combat isn’t perfect. Crackdown 3 is exhausting sometimes with the amount of enemies thrown at you. There are times where it’s literally nonstop action with enemies flooding you like an impossible to win game of whack a mole.

Sometimes it’s exhilarating, but just as much of the time it’s really annoying, and you’ll just be dying for a split-second of peace to think about what you’re trying to do, and where you’re going instead of constantly killing enemies for survival. This frustrating never-ending combat spills into your exploration of the open-world sometimes, and it’s just as annoying there too.

Where the non-stop wild action does work is in the game’s Wrecking Zone multiplayer mode. When I envisioned Crackdown 3 in my mind without having seen much of it yet, Wrecking Zone is what imagined.

It’s not strategic at all, and there’s little to no complexity to it (as of right now there’s only two basic game modes), which might hurt it in the long run if it’s not updated with new stuff to keep it fresh, but it was an absolute blast to play during my pre-release multiplayer sessions.

Wrecking Zone gives you a choice of a few weapons, mostly stuff like rocket launchers, drops you and your team of five in a map where everything can be blown up, and then you just go at it.

Literally anything you see can be destroyed. Take out the foundations of buildings, blow up bridges, smash charge through a wall into an opponent’s face, demolish the whole damn city if you want, it’s all fair game and so satisfying.

Everyone died a bunch and I doubt anyone cared much who won or loss. It reminded me of simpler times with friends, before multiplayer games got so hyper competitive, just intentionally giving everyone a rocket launcher, or something like that, in a game that wasn’t designed for it and just having a blast going to town on each other.

I really wish some of the madness and destructiveness seen in Wrecking Zone found its way into the campaign. I would have definitely been fine with some instanced one-off missions separate from the open world where some of that Wrecking Zone destructive elements could have been utilized more.

Unless it’s explored in DLC, not having something like that is a missed opportunity to get a little bit more creative with the campaign mode.

There are some side activities such as racing and platforming challenges to vary things up a little, but Crackdown 3 is ill-suited for it. It doesn’t really fit in well as the camera control is too rough for precision platforming and racing.

Jumping and air-dashing around is fun when you’re doing it to get a tactical combat advantage, or get somewhere the game doesn’t overtly intend for you to go, but it’s frustrating when it’s required to accomplish something.

I don’t want to sound overly negative about everything above. There are definitely moments where everything Crackdown 3 is trying to clicks and I’m as gassed up as Terry Crews is in all of the promotional material. It’s just that there is as many sections in the game where I’m pulling my hair out and super frustrated.

Crackdown 3’s campaign really just needed something else to go as right as the gunplay did to overpower some of the issues that it has. That or at least more polish in general such as a more interesting plot, a livelier open-world, or varied activities would have alleviated some of the more annoying aspects of Crackdown 3.

What helps that as is, Wrecking Zone is a fantastic distraction that sets it apart from the tough competition, and could grow into something special if it’s supported well at launch.

Ultimately, none of the flaws in Crackdown 3 are deal-breakers but they hold it back from being truly great. If you can look past them, and just enjoy Crackdown 3 for what it is: a game that gives you a wacky toolset to blast enemies away for 10-20 hours or more, then you’ll definitely find value and fun here.