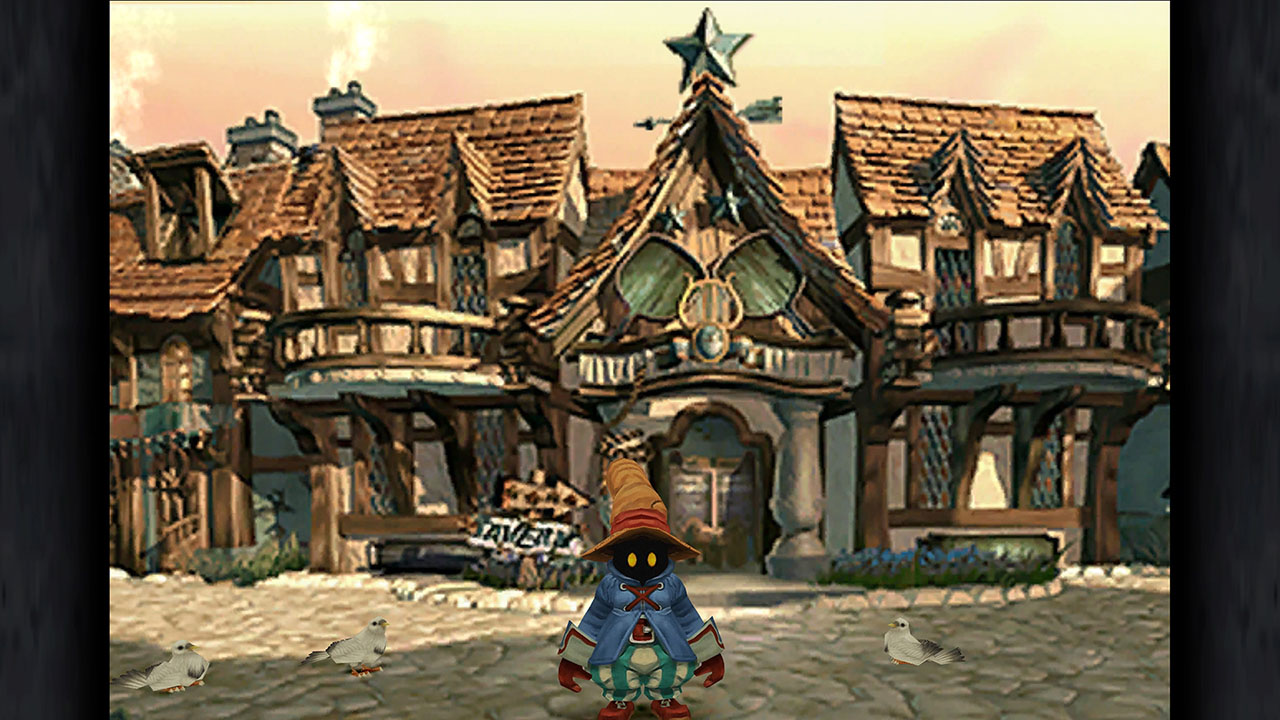 Just yesterday, Square Enix released an enhanced port of Final Fantasy IX on the Switch, along with the Xbox One. This port contains a few HD upgrades and reworks, and supposedly, it’s meant to make it slightly more accessible for new players. The sad part is, some of those upgrades don’t actually work in the port’s favor.

I’ve played a good chunk of FFIX on the Switch since yesterday’s release, up until the petrification episode in the Evil Forest. Surprisingly, the HD character models actually look fairly decent. The models themselves look crisp and sharp; you can see Zidane’s anime eyes clearly, and in general, all the characters and NPCs are rather pleasing on the eyes.

It’s to be expected, I suppose, but the only downside to the models looking this good is that they’re such a sharp contrast to the pre-rendered backgrounds that look blurry and a little outdated at this point. The contrast is very noticeable in handheld mode, though it doesn’t really get much worse when you blow it up on the big screen, thankfully.

Other aspects of the Final Fantasy IX port, though, are less than ideal.

For instance, the UI and font changes don’t look that good. The classic battle menu has been changed slightly, and it’s a little baffling that Square Enix hasn’t included the option to allow players to swap between the original and reworked UI and fonts. To my understanding, these UI and font elements are from the Steam port as well.

The fonts, in particular, make FFIX look like one of Square’s mobile game ports. It’s a nitpick, yes, but when you’re spending a majority of your time looking at text boxes, it’s worth mentioning.

Other annoyances include the fact that the game’s PS4 music bug is still present in this port. For the uninitiated, the music bug occurs whenever you enter a random battle. When this happens, the overworld or area music will be reset, which means you won’t be able to enjoy the entirety of the music unless you just stand still.

I know it sounds like a very minor complaint, and it probably won’t affect most new players, but it is something that fans have remarked on in the past, and it bears mentioning here as well.

Lastly, while there is analog stick support on the Switch, it’s also worth noting that you can’t toggle between running and walking with the stick, and it’s not omnidirectional either.

All of these little niggles come together to seriously hold back what should be a relatively decent port of one of the most beloved games in the Final Fantasy series. The game itself continues to hold up well, thanks in no small part to its graphical style, which has withstood the test of time far better than FFVII and FFVIII.

There are a couple of cool additions to the port, such as the ability to allow your characters to master all relevant abilities once they acquire the appropriate gear, which should make things easier for players who just want to enjoy the story on its own.

If this is your first time checking out Final Fantasy IX, the Switch port is definitely a fine way to play the game. But for veterans and longtime fans, the PS1 version continues to reign supreme.