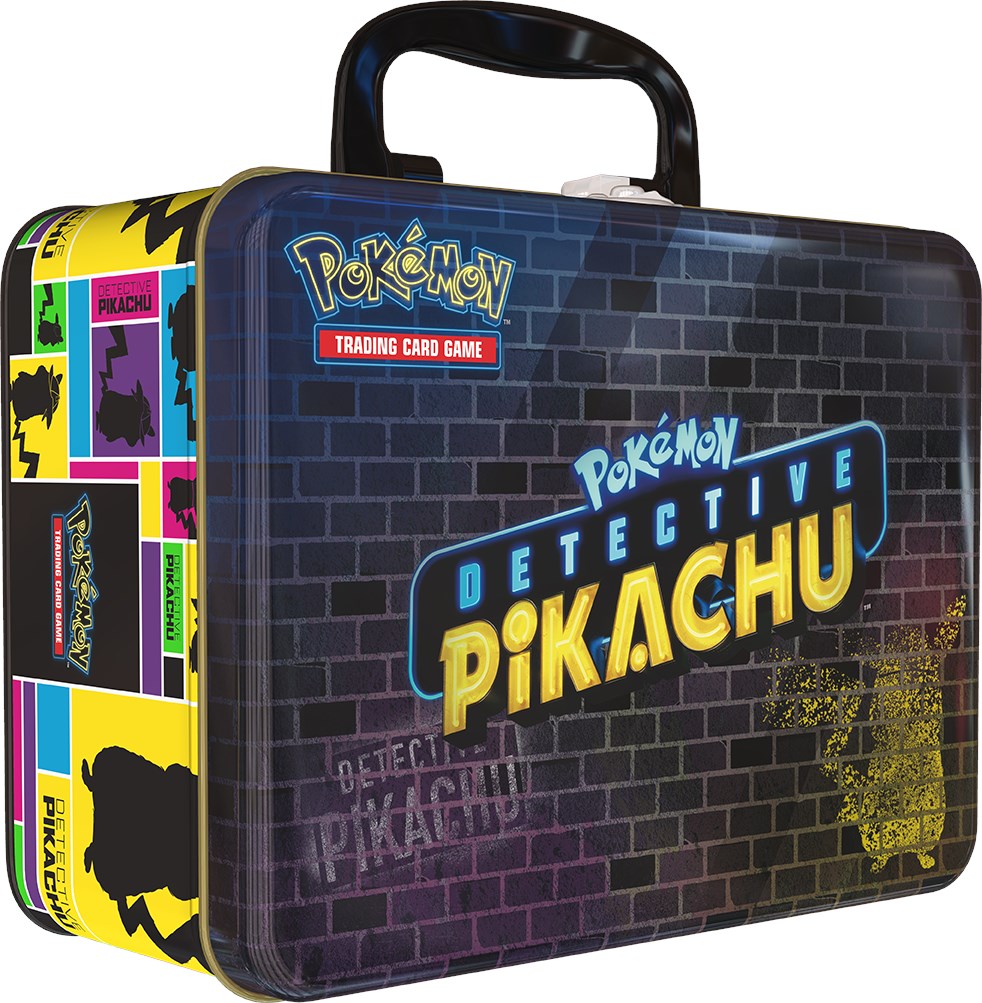 I was in middle school when the Pokemon Trading Card Game hit American store shelves. While I don’t play (or collect) TCGs anymore, I’m tempted to buy the new Detective Pikachu-themed Pokemon cards because they look so freakin’ awesome.

Thanks to a recent press release, we have a sneak peek of the Pokemon trading cards that will feature the stars of the upcoming Detective Pikachu movie, including, of course, Detective Pikachu.

Let me be the first to say the cards capture the Pokemons’ likenesses brilliantly. Pikachu still looks as fuzzy as he is deductive; Greninja is all sorts of uncanny valley, and Charizard looks like he’s ready to eat me. I love it.

Of course, this isn’t the whole lineup. Pokemon fans can expect 26 movie-themed cards in all, each featuring art that lovingly translates their movie appearances into card form.

However, if you want something a bit more metallic, you can always pick up the Detective Pikachu Collector Chest. This tin box will contain a whopping seven Detective Pikachu booster packs, two normal Pokemon TCG packs, a collector’s pin, a notepad, and a sticker sheet.

If trading cards aren’t your thing, though, the Pokemon Company has got you covered. Anyone who wants to dress up for the movie premier can pick up various wearable merch from PokemonCenter.com, including the Detective Pikachu Deerstalker Hat with plush Pikachu ears, a line of clothes featuring the logo of Ryme City’s Hi-Hat Cafe, and Ryme City Police Department apparel. And no, I don’t know why it’s called a deerstalker hat and not a deerlingstalker hat, either.

Moreover, Pokemon fans in the mood for toys will be glad to hear that Wicked Cool Toys, the current master toy licensee for Pokemon, will soon release Detective Pikachu-themed collectables, including a talking Detective Pikachu plush and action figures of various sizes and articulations. And yes, one is a plastic recreation of the internet sensation/horror known as Mr. Mime.

Finally, if you’re into building, you’ll be pleased to hear Mega Construx will release several Detective Pikachu-themed sets, one of which will be a 6.25-inch blocky recreation of Detective Pikachu himself. The other set is Mr. Mime. Again. Maybe we should start calling him Mr. Meme.

While the Detective Pikachu movie won’t release until May 10th, the trading cards will be available starting April 5th. Meanwhile, the official wearable merchandise will hit digital store shelves on April 2nd, and the Mega Construx line will be available March 25th. As for Wicked Cool Toys’ offerings, they’ll launch sometime in April, no specific date given.