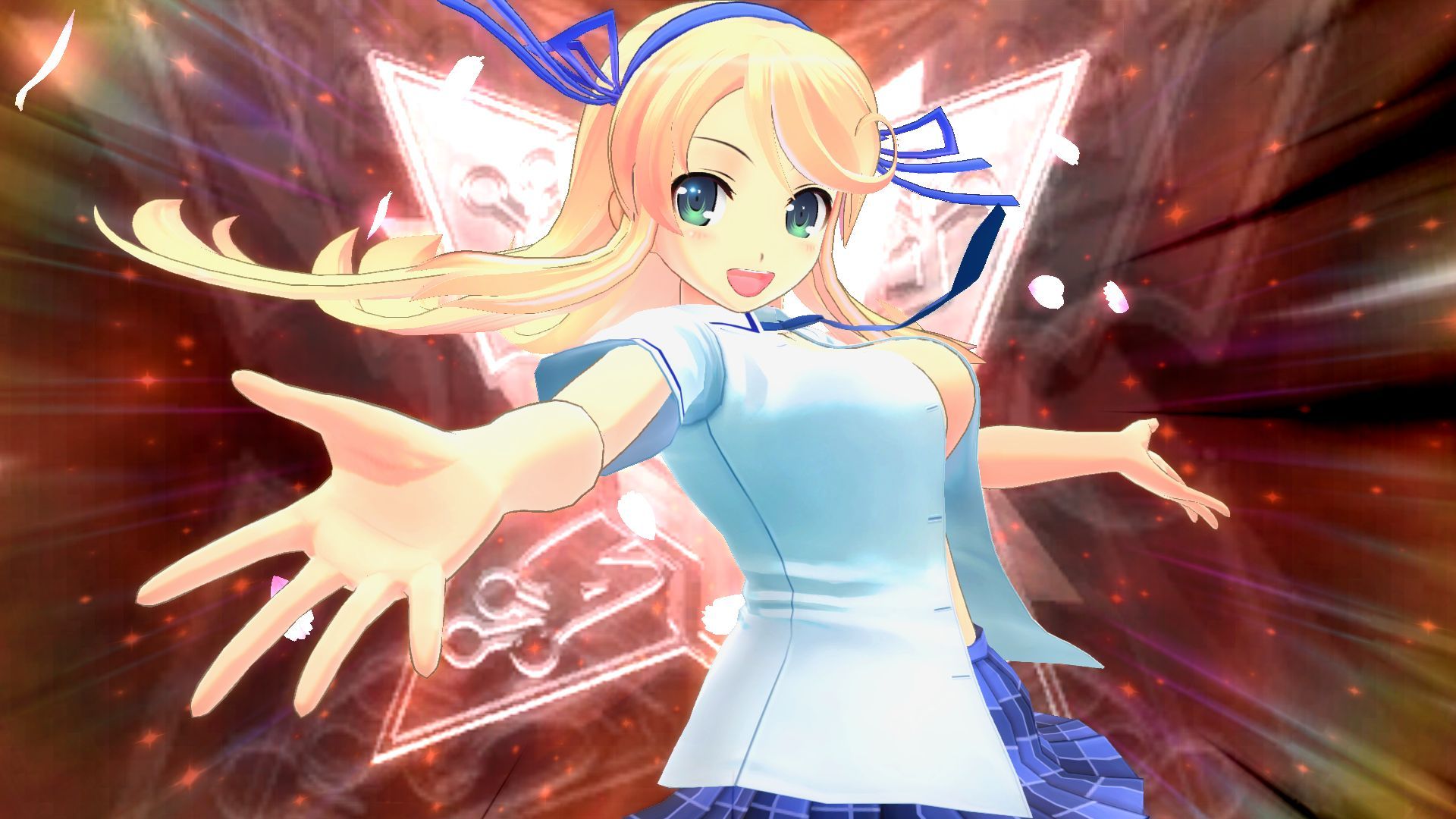 Fans who have started following the Senran Kagura series recently may not know its true nature. All of the latest releases of the franchise were petty much spin-offs exploring various genres like third-person shooter, character interaction, or even pinball.

Yet, the franchise has a story-driven core, and it’s a pretty deep story too. That’s why Senran Kagura Burst Re:Newal is so relevant: it’s a full remake of the first game that was released years ago on the Nintendo 3DS and allows a new generation of players to explore the beginning of the story on modern platforms.

The story is as anime-like as you’d imagine. It follows the adventures of the girls of two schools of opposite alignments, who study to become shinobi, or ninja if you prefer a more common term.

As an additional bonus, you can play the campaign from the point of view of both schools, which shows a nice change in perspective adding further depth to the game.

It mixes serious and at times even dark elements with an adorable whimsical nature and fanservice, creating a mix that has proven to be a winning formula among those who enjoy games with an unmistakable and absolutely unapologetic Japanese nature.

That being said, this otaku-friendly concoction makes it a somewhat niche proposition, so if you don’t enjoy the permeating Japanese spirit and especially a wagonload of fanservice, you should probably go right back to the front page, because this game really isn’t for you.

One of the most relevant aspects of Senran Kagura is its cast, made of young girls with charming and rather over-the-top designs spanning pretty much the whole spectrum of the Japanese taste in anime protagonists. We go from the hot-blooded fighter to the noble-minded class representative strutting around with a giant katana, passing through basically every page in the otaku book.

Such a cast needs a top-notch voice acting, and this game certainly delivers on that aspect. Many of the voice actresses have basically grown with Senran Kagura, and after so many games they’ve bonded so well with their heroines that they deliver great performances.

Do keep in mind that the audio is exclusively in Japanese, but if you’re the kind of person who enjoys this kind of game, that’s probably a positive for you. The quality is very good across the board, anyway, which probably wouldn’t have been true of an English track not supported by high budgets.

While the soundtrack is pretty enjoyable, sound design isn’t exactly something to write home about: it isn’t bad, but it isn’t a masterpiece either. Basically, it’s serviceable.

The graphics are certainly an interesting aspect of Senran Kagura Burst Re:Newal. The original game was a side-scroller which the good folks at Honey Parade Games opted to fully remake into a 3D brawler.

While the technology involved isn’t certainly as advanced as something like Resident Evil 2 or Yakuza Kiwami 2, and environments tend to be rather bland, simple, and small, characters are really spot-on.

The cel-shaded style is clean and crisp and does a lovely job in reinforcing the anime-like nature of each heroine. On the other hand, enemies are as bland as the environments, and they repeat a lot. If you’re familiar with the Warriors (Musou) series, this certainly will make you feel right at home.

Basic gameplay is actually rather technical. The nitty gritty is a mix of strong and light attacks plus guard (with a parry that will stun enemies if you execute it at the right time), two spectacular super moves that can be executed when their gauge fills up, and a couple of powered-up states.

While the basic moves are the same, each girl fights in a slightly different way, and you’ll play them all through the story, providing a nice variety that keeps things fresh.

At the beginning of each stage, you can opt to literally explode your clothes, letting your character fight in her underwear. While this is certainly unapologetic fanservice, it’s also an interesting gameplay mechanic. Your attack power will be boosted considerably, at the expense of defense.

This means that you can fight every stage in a balanced way or as a glass cannon. When you master the battle system, it’s really satisfying and intense to finish a level really fast by chaining the right sequence of combos and power-ups.

It’s a lot of fun, and while interesting and deep gameplay isn’t something many would expect from a game that could superficially be seen as pure fanservice, that’s exactly what Senran Kagura Burst Re:Newal delivers.

We also get extensive customization for each character, with the dressing room that lets you radically alter their clothing, accessories, and looks, including hairstyle and skin color.

Incidentally, if you can’t stand censorship, you should probably get the PC version, because the PS4 version had its touchy-feely skinship mode removed to comply with Sony Interactive Entertainment’s demands. It isn’t a giant omission, as it was basically a small bonus to begin with, but if the feature (or the principle) are important for you, you won’t find it on PS4.

Ultimately, Senran Kagura Burst Re:Newal is a competent remake with all of its graphical fuel poured into the main characters, while environments and enemies could have certainly been done better.

You’ll possibly come for the waifus, but you’ll probably stay for the story and most importantly for the fun and interesting gameplay.