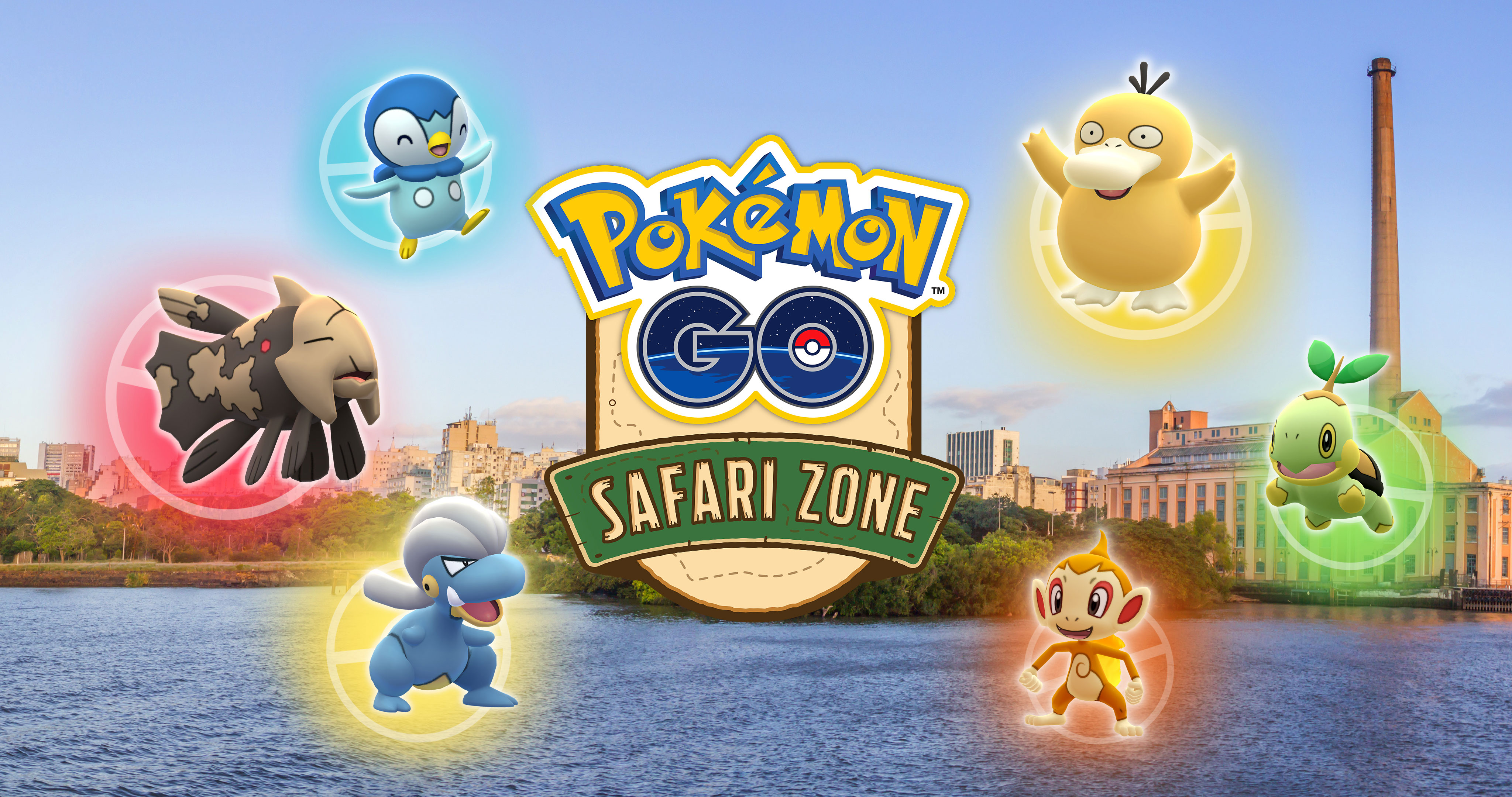 Pokemon GO’s next Safari Zone event is right around the corner, and this time it’s in South America.

According to the official Pokemon GO site, the next Safari Zone event will take place between January 25th and January 27th and will be set in Porto Alegre, Brazil, specifically along the Guaiba Riverbank. Participants can expect all the usual Safari Zone amenities, including designated team lounges, photo ops, and a plethora of PokeStops. Apparently, players who spin PokeStops along the Guaiba Riverbank will receive “special 2 km Eggs,” but Niantic isn’t saying what makes them so special.

Now, past Safari Zones have cranked the spawn rates of wild Pokemon up to eleven, and the upcoming event will be no different. Niantic promises players will be able to catch a tidal wave worth of Pokemon, including ones normally unavailable in Porto Alegre. The picture on the announcement teases some of the possible Pokemon, including Turtwig, Piplup, Chimchar, Psyduck, Bagon, and Relicanth.

While most of these Pokemon are relatively common (except for Bagon), Relicanth stands out like a sore Coelocanth. Relicanth is a regional-exclusive that is normally only found in New Zealand, Fiji, Vanatu, and New Caledonia. Since past Safari Zones have featured regional-exclusives, odds are good Relicanth is the aforementioned “normally unavailable” Pokemon.

As always, the Pokemon GO Safari Zone is a ticketed event, and space is limited. If you’re lucky enough to get a Safari Zone ticket (as well as a plane ticket to Porto Alegre), you will be able to catch as many Pokemon as you want along the Guaiba Riverbank.

However, the event isn’t exactly by invitation only. Trainers can still wander the riverbank without a ticket, but they won’t find any event Pokemon in the designated space. On the bright side, though, Brazilian players who can’t attend will still find many of the event Pokemon between the 25th and the 27th, which could mean most Brazilian players will be able to catch a Relicanth.

Remember, tickets are limited, so if you plan on visiting Porto Alegre during the event, you should register soon.