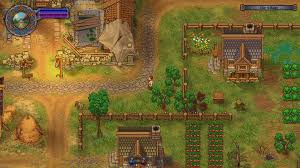 Are There Mods for Graveyard Keeper?

On the surface, Graveyard Keeper might remind you of a certain popular farming sim you know and love. But beneath its picturesque exterior are lots of dark, medieval themes: death, decay, ethical dilemmas, and lots of fun! Here’s what you need to know regarding whether or not there are mods for Graveyard Keeper.

The short answer to whether there are mods for Graveyard Keeper is “no”. There is currently no official mod support offered by the developers.

While some individuals have edited the source code of the game to tweak certain features, this work has not sanctioned by the game’s developer (Lazy Bear Games) and is not hosted on any reputable mod databases. Any modding of this type may not be trustworthy and is not recommended.

There are a number of things that could benefit from open mod support in this cemetery sim. Mods could help with everything from major gameplay adjustments to small cosmetic tweaks. Hopefully, the game will support a modding community much like the similar Stardew Valley in the future.

For now, though, you’ll just have to make do with the game in the form that it is. We’ll be sure to keep this post updated if we hear anything about mod support coming to Graveyard Keeper, but for now, you’ll just have to cross your fingers and hope the developer hears our prayers.

That’s all you need to know regarding whether or not there are mods for Graveyard Keeper. For more tips, tricks, and information on the game, be sure to search for Twinfinite.

We have a number of guides available for Graveyard Keeper, covering everything from how to fish to how to get science. Let us know in the comments if you have any questions!

Question: Is there mod support for Graveyard Keeper?

Answer: Unfortunately, at this moment in time, there are no official mods or mod support for the game. We’ll be sure to update this post if there are any announcements regarding this in the future, though.