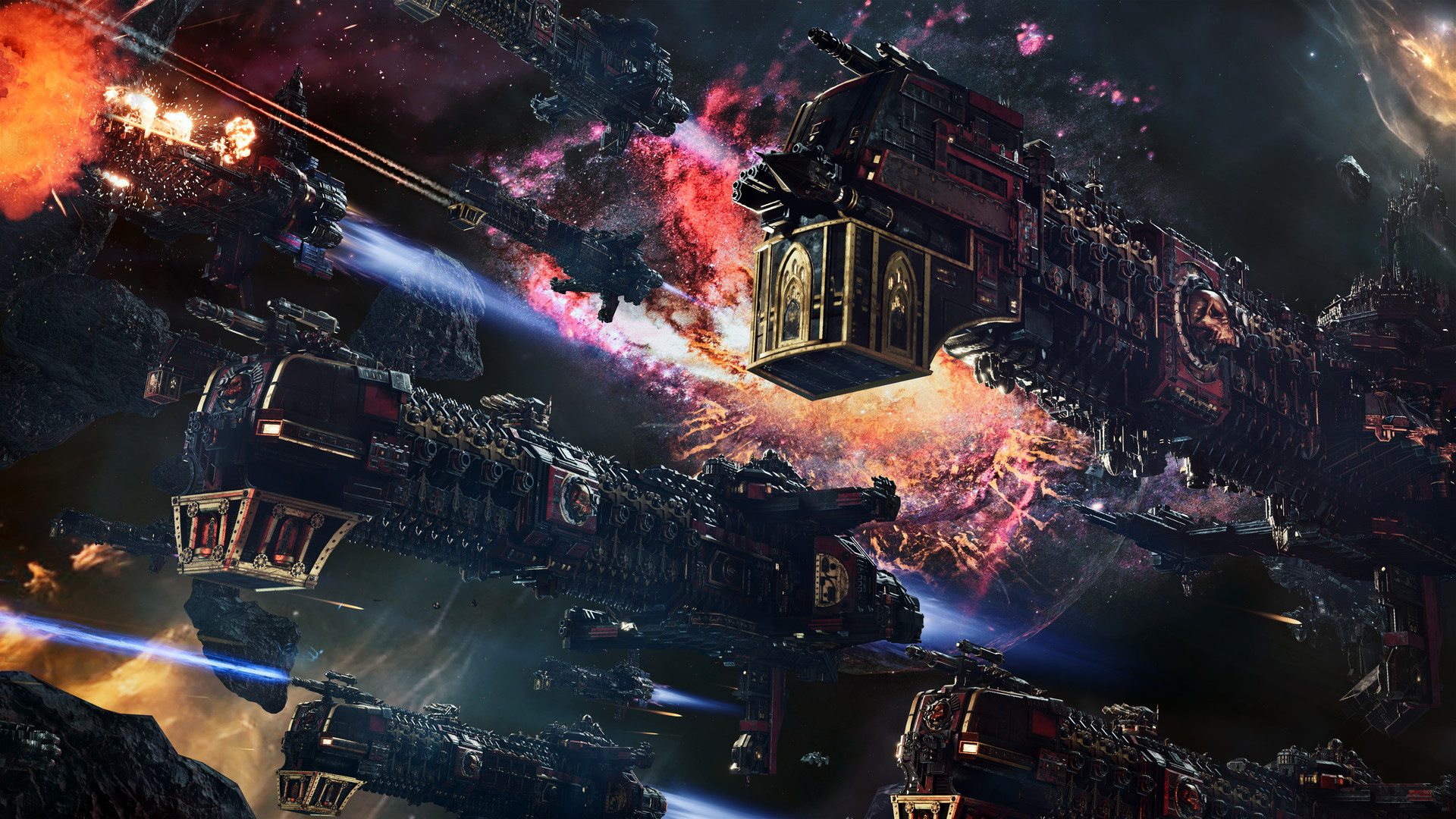 Warhammer and Warhammer 40k are some of, if not the biggest names in tactical tabletop wargaming, so it makes sense they would have a massive PC presence, and that presence will only grow larger today with a game about commanding fleets of spaceships that are longer than Manhattan is wide.

Battlefleet Gothic: Armada 2 is the latest in a seemingly never-ending deluge of Warhammer 40k video games. Unlike other Warhammer 40k titles, this real-time strategy game focuses on the titular battlefleets instead of individual units, squads, and heroes, but that’s part of the game’s charm.

As you might have guessed, Battlefleet Gothic: Armada 2 is the second entry in the Battlefleet Gothic: Armada franchise. While the first game only featured four factions —six if you count the DLC— Armada 2 launches with 12 factions (divided into a head-spinning 80 sub-factions), which accounts for almost every army in the Warhammer 40k tabletop game. RTS gamers should feel at home regardless of whether they soar through the inky depths of space as a member of the Imperial Navy, a loyal minion of the forces of Chaos, an Ork Warboss, or the Tyranid’s incalculable Hive Mind.

While Battlefleet Gothic: Armada 2 has already launched, Tindalos Interactive isn’t going to rest on its laurels. The studio plans to update and improve the game for the foreseeable future with additional co-op and multiplayer modes, quality of life improvements, new ships, and an in-development fourth campaign.

Battlefleet Gothic: Armada 2 is a PC exclusive available through Steam. Stay tuned to Twinfinite for more Armada 2 news and updates.