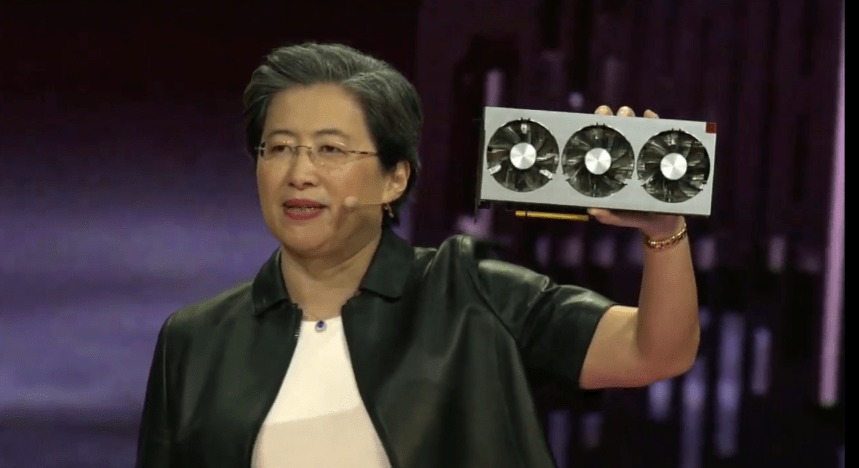 This week during the big electronics trade show CES, AMD CEO Lisa Su took to the stage to announce the next generation of hardware from the company. There were two big touchstones that Su showed off, with the Radeon VII Graphics Processing Unit and third-generation Ryzen Central Processing Units.

First up, with the Radeon VII Su threw out some impressive specs. The new GPU uses a 7-nanometer manufacturing process that allows it to get anywhere from 27 to 62 percent boost to graphics related benchmarks. Here are a few of the other highlights, and additionally, next month AMD will launch software support for all Ryzen processers.

AMD has become an essential name in the gaming sphere over the years, and clearly they’re making big strides in terms of their processing chips. The Xbox One and Xbox One X were both built using AMD chips, and apparently, that’s going to be the case moving forward.

Phil Spencer joined Su onstage during the event, and talked about the two company’s partnership and how that will continue on “future platforms.

Spencer said, ” As we look forward to future platforms that we’re building and work that we’re doing, the partnership and the innovations that we’ve seen in the past have led to what we’ve been able to do today, I think they’re going to be critically important to our future endeavors.”

Now the second big part of the presentation was the new third-generation Ryzen desktop processors. Su didn’t divulge many details, but the tease was certainly impressive. The chip is based on a new version of the Zen architecture, and AMD showed that it could run Forza Horizon 4 at more than 100 frames per second on high resolution. Impressive to say the least.

More details will surely come at a later date, and the chip will have its debut around the midpoint of 2019.

Between these two pieces of tech, it certainly looks like AMD is starting to make strides into the next generation, and pushing the limits. Another section during the presentation showed the upcoming Devil May Cry V playing at a buttery smooth 100 frames per second in 4K.

It’s been a big show for AMD, as the company also announced that in 2019 they’ll be releasing the first AMD-powered Chromebooks. Make sure to stick with Twinfinite for plenty of other news out of CES.