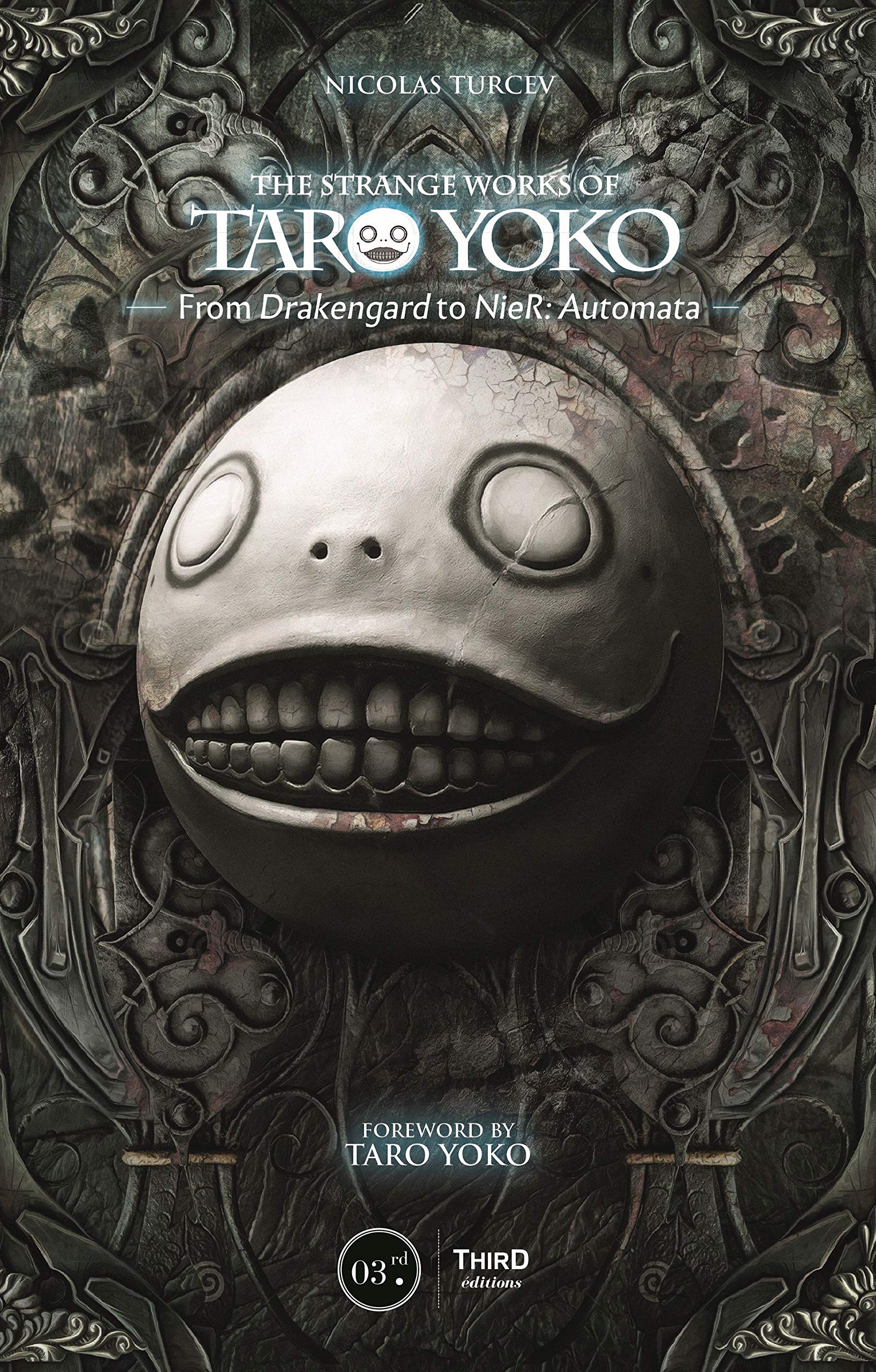 As the gaming industry has matured, many of its greatest contributors have become icons among the fans. Hideo Kojima, Shigeru Miyamoto, and Todd Howard are among a few of the industries most famous game creators. However, Yoko Taro (creator of Drakengard and Nier) is quickly becoming one of the more recognizable and bizarre icons of gaming.

Now you will be able to get a closer look inside the mind of one the most ambitious game creators with the new book ‘The Strange Works of Taro Yoko’. The book was written by pop culture journalist, Nicolas Turcev, and features a special foreword by Yoko Taro himself.

“Throughout his entire career, Taro Yoko has always felt disheartened by the image of humanity reflected in most big-budget video games, which propose the use of firearms as the principal means of action. Through his own work, from Drakengard to NieR: Automata, this artist attempts to explore the reasons behind our strange fascination with conflict.

Is man so vicious that he must triumph, discriminate, hurt and kill even for entertainment?

Within the great fields of ruin resulting from wars in which mankind battled against mankind, Taro Yoko perceives this “entertainment” as a way for hope, a horizon, a shield against evil.

In this book, we explore the contours of his games, the behind-the-scenes of their development, the complexity of their tales and their thematic depth. Discover this multifaceted and altruistic creator, who is convinced that video gaming is a diverse and unique medium.”

Both the Nier and Drakengard series have garnered quite the cult following and understandably so, given the amount of depth that Yoko Taro pours into his work. It should be interesting to find out what really goes into the development process of these acclaimed titles.