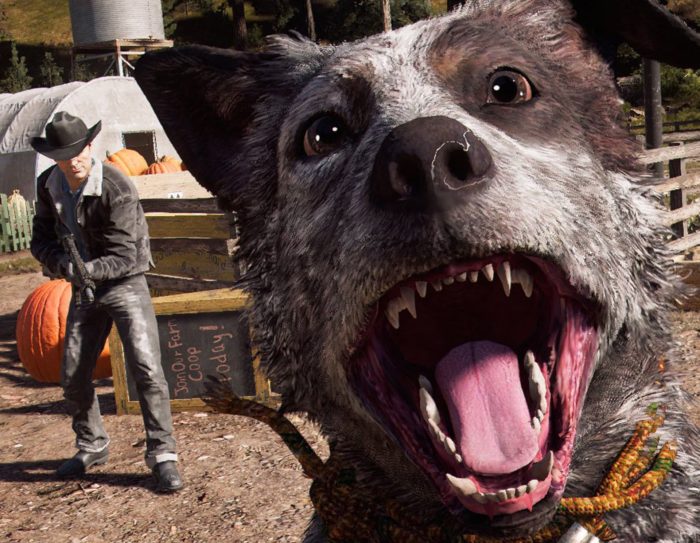 A recently-uploaded Far Cry teaser on Ubisoft’s YouTube channel is teasing something to be revealed at tomorrow night’s Game Awards.

Tis the season for the Game Awards and as anyone familiar with the show knows, not only is it a celebration of the industry, but a mini-E3 of sorts. Each show brings world premieres, gameplay trailers, game announcements and more.

This year, fans of Far Cry seem to be in for a treat if Ubisoft’s most-recent teaser trailer is any indication. Before diving into the teaser trailer though, it’s important that you have either played Far Cry 5 through to the end or at least read up on what happens.

There is a good ending and a bad ending, but regardless of which ending you get, the game ends with Hope County, and seemingly much of the United States, nuked by North Korea. What happens next is ambiguous and the three pieces of DLC included in the Season Pass do nothing to clear that up.

The teaser trailer, though, which you can view below, shows what appears to be Hope County decimated by the nukes with a character that, years and years later, picks up a circular saw piece that they then load into a post-apocalyptic cross bow.

This could be DLC for Far Cry 5, but the description of the UK version of the teaser reveals that this might be a new game entirely.

“Tune in Thursday, December 7th at the Video Game Awards for the worldwide reveal of the next Far Cry,” the UK teaser trailer description reads.

The word “next” in the description indicates that this is more than just DLC. Perhaps this game will fall in line with Far Cry Primal which used Far Cry 4’s map. If that is the case, then this new game could use the map of Far Cry 5, which would allow fans to explore Hope County after the nukes drop. This is all speculation at this point, but tomorrow should reveal more.

For now, this is all we have to run on but come tomorrow night, during the Game Awards, we expect a full reveal of Far Cry 76 errr the next Far Cry game. Here’s to hoping everyone’s favorite dog, Boomer, is still alive.