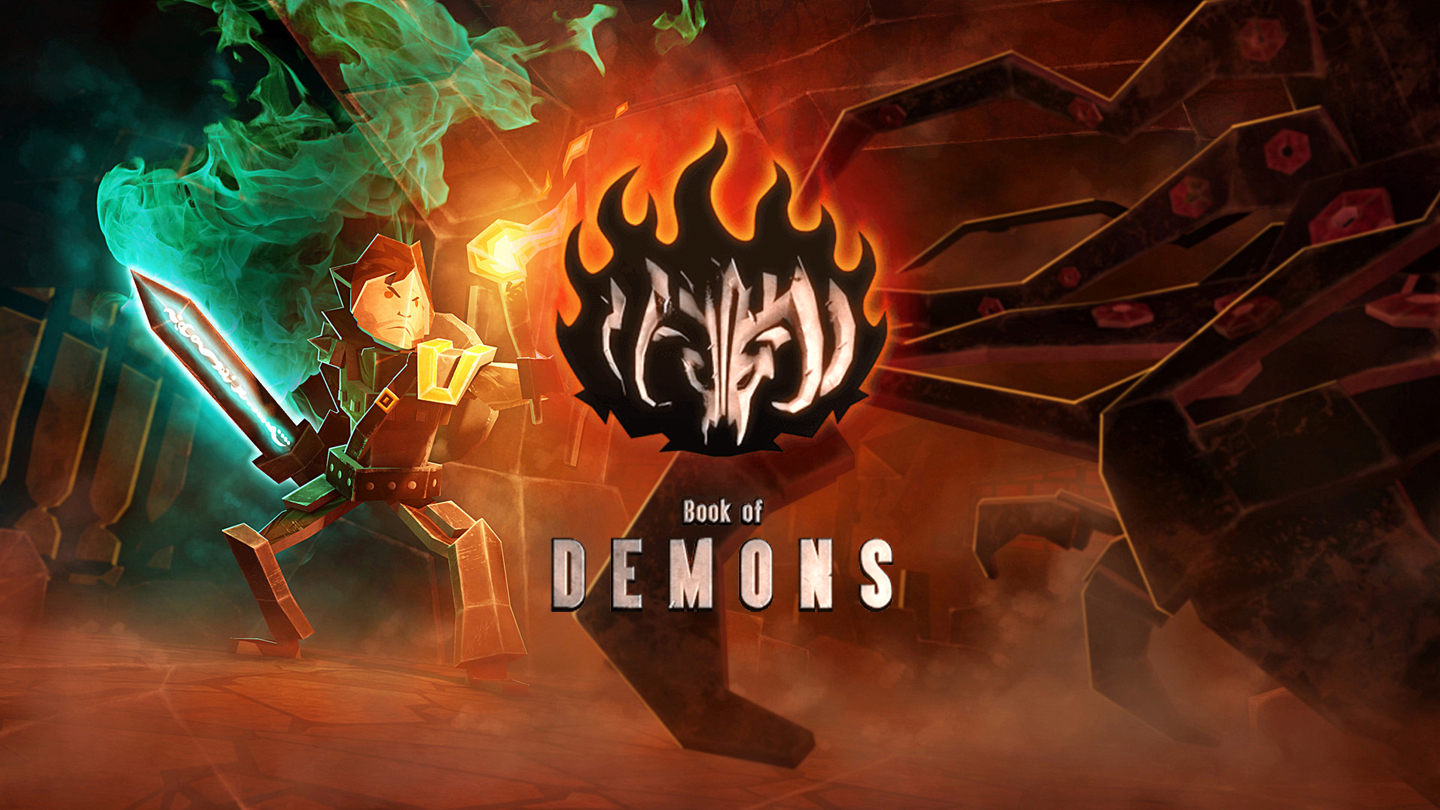 Book of Demons on PC

On a purely surface level inspection, Book of Demons initially appeared a bit generic to me.

A features list touting card mechanics at the top? A title straight from the grab-bag of detachment? How on earth could the game make a sizeable impact on the gaming landscape?

But remember the old adage, “don’t judge a book by its cover?” Thing Trunk appeared to acknowledge those gripes with a wink —and proceeded to surpass my wholly off-base expectations with charming aplomb.

Book of Demons’ innovative design decisions, compelling gameplay, and beautiful artistic design melted my heart as I played it.

From the get-go, Book of Demons exuded its sincere passion with a slick —and notably tongue-in-cheek— cutscene. In the opening scene, Thing Trunk outlined their grand plans for future releases.

With its “Paperverse” told through tales within the “Archive of Awesome,” the Book of Demons appeared as the studio’s first planned release of a seven-book saga. Though six of the pedestals remained empty, the studio’s goal to release seven re-interpretations of notable gaming classics appeared inspired.

But to my surprise, each release would ape a different genre classic —and wouldn’t necessarily feel iterative of previous Paperverse titles.

Even with a mindset to keep Book of Demons separate, the company’s premise raised my eyebrow a bit. Such genuine devotion to that vision softened my hard first impression as I dove into their first outing.

The Book of Demons recounted the tale a god-fearing land corrupted by an insidious Bishop. Performing a dark ritual deep within his church’s catacombs, he struck a bargain with the evil Archdemon. In exchange for opening the gates of Hell, the bishop obtained power beyond comprehension. As mortals were turned over to the demon Cook, the bishop turned his faith over to the Archdemon, and became the Antipope.

From the prologue cutscene, Book of Demons plopped me into a deserted village. The village would become the hub base after crawling through dungeon layers. Here, I met the four characters helping my hero along their journey —the Barmaid, the Healer, the Sage, and the Fortune-Teller.

But the characters never appeared lifelike with my minimal interactions. Even as ideological conflict seemed evident with the Sage and Fortune-Teller, I continued to question the point of their rivalry. It merely existed without depth.

That void extended to the world-building as a whole. Nothing felt fully defined apart from the dungeons in Book of Demons. The village and people carried out a nameless existence in an unknown land, neither characterized nor alive.

With such stellar presentation everywhere else, the empty world of Book of Demons stuck out sorely. Parody or not, the landscape seemed unfinished.

As a result, the village merely became a progression hub for my hero’s excursions into the dungeons below.

But those dungeon crawls made up for any narrative gripes I had. After easily conquering several tutorial layouts, Book of Demons dazzled me with its deceptively complex gameplay.

Dungeons were each procedurally generated, broken up into layers forming a single quest. One of the game’s more notable features included customizable quest length, determined by the developer’s Flexiscope system.

The system tailored quests to an estimated period for completion by allocating enemy hordes and created larger instances. The level of commitment customization Flexiscope allowed showed respect for casual gamers not usually seen in dungeon crawlers. In a way, Book of Demons rewarded bite-sized devotion the same as my own gorging pace. But innovation aside, inching forward into the dungeons themselves brought rewards.

The meat of the game hung with hack-and-slash instanced dungeons. Increasingly chaotic enemy hordes stood between the section exits and valuable treasures each area contained. Several elements worked harmoniously to create a fantastic homage to Diablo.

The progressive complexity of combat stuck out foremost among these elements. Pure exploration with occasional encounters turned into frantic deck-building to unleash destruction across greater enemy hordes. These abilities appeared as cards, and presented unique variations of spells, passive buffs, and active modifiers.

Going from the Maze to Hell, my warrior felt undeniably stronger as time went on. Increasingly powerful —and visually stunning— blows struck the demons and my character. The barely organized chaotic battles that ensued by the campaign’s end made me want to dive back into the fray immediately.

Not once was there a dull moment in that gameplay. The 70 different enemy types made each encounter special, and randomized run-ins with challenging boss characters kept the tension alive throughout the game.

Such accomplished design rivaled the efforts of many higher-end games, and made progression consistently exciting.

That excitement emphasized where Book of Demons excelled.

The game naturally leaned towards parodying itself rather than taking events too seriously. Hammed up voice acting and melodramatic one-liners complemented the style well. Paradoxically opposed to the chaotic gameplay, that prime ham endeared Book of Demons all the more as a lighthearted adventure.

The intent seemed there as well. Book of Demons seemed to poke fun at genre tropes inherent to the hack-and-slash genre —the dark setting, bickering characters, and boss archetypes parodied the venerable Diablo franchise to a fault.

That realization brought a smile to my face, infecting my attitude with the game’s carefree joy.

Book of Demons slyly broke genre conventions inherent to many hack-and-slash dungeon crawlers. The game placed its dangerously compelling action as the core attraction and succeeded with flying colors.

Even its missing world-building feels intentional, hopefully encouraging players to enjoy themselves and not take the narrative too seriously. The charming art style and innovative features list made my time playing truly special.

With two more classes to go through and even more customizable end game content, I’ll doubtless return to the game for many hours to come. Book of Demons sets a fantastic foundation for the next tale in the Paperverse.