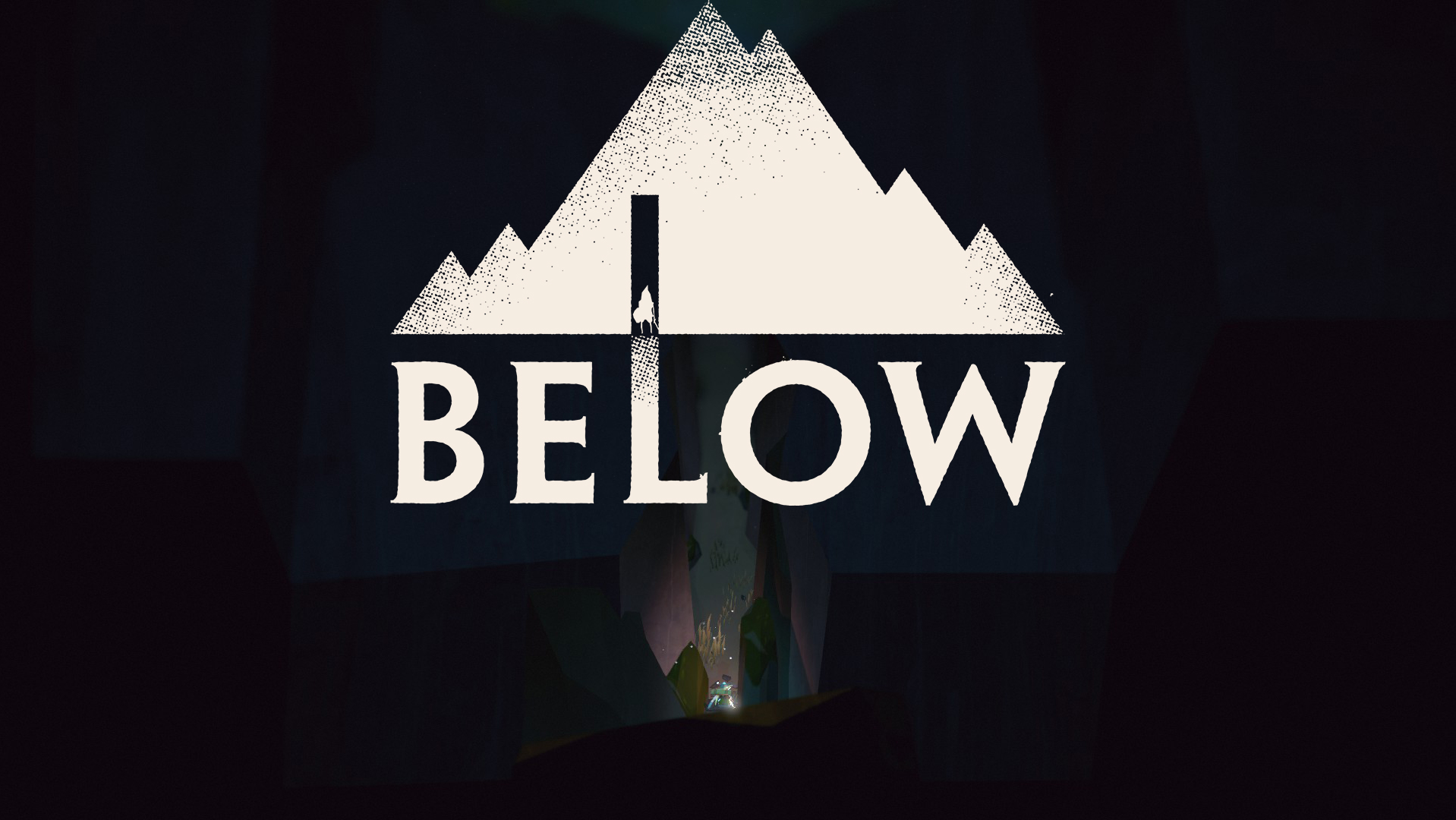 BELOW will inevitably fuel heated debates over its quality. The monumental challenge it posed frustrated me nearly as much as its world enticed.

Minimalism ruled every facet of BELOW’s design, from its art style to its interface. Only the most pertinent information remained apparent from the outset, as the game pushed me to figure out its intricacies. Even figuring out basic tenants – like the game’s mechanics and main objective – were left for personal discovery.

Initially, BELOW opened to a cryptic scene out at sea. Zoomed out on a small vessel, a lone warrior disembarked their craft to an island’s shore. From that shore, my journey began as I explored the unknown expanse shrouded in fog.

Left to wander around the shore, I found a mystical lantern and a foreboding underground labyrinth. Descending the labyrinth’s initial depths, I became hooked by the world stretching before me.

But then BELOW’s ‘tutorial’ commenced.

That tutorial wasn’t a traditional explanation of the various mechanics I’d encounter soon. Instead, it was hours spent spelunking, dying, and learning about the systems through laborious repetition. A steep learning curve came while I adapted to BELOW’s punishing difficulty.

Those opening hours caused endless frustration as my warriors succumbed to an initial lack of knowledge. Figuring out BELOW’s survival, crafting, and combat intricacies took far longer than I would care to admit. Starting on that first beach time after time remained heartbreaking to the very last, and resulted in a ritual rhythm to recover my lost inventory.

In particular, the survival mechanics in BELOW never seemed integral to the intended experience. They instead felt like an excuse to hide a glaring lack of progression to its gameplay.

While several bombs, traps, and arrows remained viable to craft, nothing game-changing came about the deeper I progressed through BELOW. Instead of items evoking a rewarding sense of discovery, the various meats and vegetables prodded me towards filling quickly-draining hunger and thirst meters.

Its survival tendencies didn’t mesh with BELOW’s penchant for exploration, without which shortcuts, safe zones, and secret treasures would remain undiscovered. Instead, the hard turn towards survival felt masochistic for the sake of keeping death a constant.

Even when viewed as a learning experience, death occurred far too often throughout BELOW. Rather than alleviating, BELOW’s death loop became more damning the deeper I progressed in the game. While my lack of knowledge caused those first initial pitfalls, later failures resulted from surprise hordes or the omnipotent darkness.

A gripe that stuck well into BELOW’s end game came from losing its mysterious lantern after each death. Beginning anew after a warrior’s passing resulted in losing said lantern along with the warrior’s inventory. Without the lantern’s power to unlock sealed passages, progression stalled until I recovered it.

When the labyrinth’s traps became gauntlets guaranteeing death, the lantern’s loss simply baffled me. I spent hours in BELOW repeatedly dying while trying to recover my lantern, blocked by an obstinate wall needing the lantern’s power to open.

That necessity made BELOW feel padded, cheapened through the necessary exercise of clearing every single room to venture forth.

These weren’t quick excursions, either. The gathering missions ended up taking a majority of my time in-game.

With BELOW’s demanding survival meters, gathering resources wasn’t an optional exercise. A quick death would meet me any time I tried rushing back to my furthest progression point.

When taking in its stunning vistas, BELOW shined as an artistic masterpiece. Seeing what lay around the corner kept me going after countless failures through BELOW’s labyrinth.

Whenever the environment yielded a new secret – such as underground cities or a graveyard of eerily familiar ships – I looked on, marveling as I unraveled another piece of BELOW’s mysterious world. That sense of discovery seemed a just reward for my constant perseverance.

The awe felt from BELOW’s best moments left me completely at odds with its worst, and split my mind with conflicting opinions about the game.

BELOW’s final act balanced both its grandest and most frustrating aspects. The captivating finality kept the game’s complicated nature intact, harrowed by an immensely difficult gauntlet. Even then, I realized this game wouldn’t ring with everyone.

For gamers with patience and challenge-fueled tendencies, BELOW checked all the right boxes. But those easily frustrated would seem more likely to drop it within the opening hours, turned off by a difficult road stacked against them.

In truth, the joy of BELOW lay in overcoming its insurmountable challenges to unravel a mysterious world. But all too often, the game’s masochistic mechanics got in the way to ruin its wholly engrossing atmosphere.

BELOW held a series of incredible highs and depressing lows, and harbored several unlovable mechanics. But its tense environment and enchanting ambiance kept the experience alive to the very end for me.

BELOW will prove itself divisive, no doubt. But for those willing to take the plunge, it deserves the brave few who explore its depths.