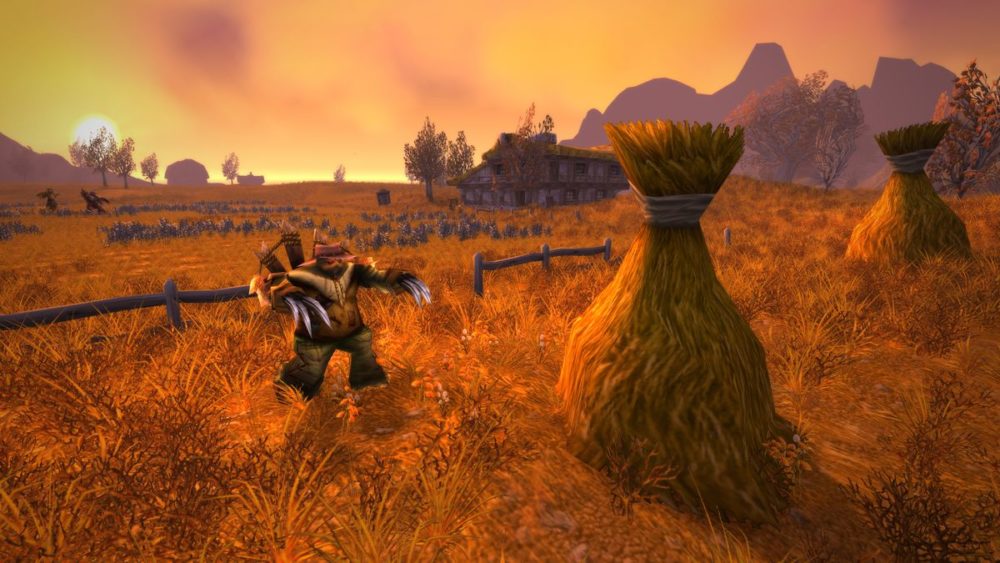 World of Warcraft Classic isn’t just a visual demake of WoW; it’s a pixel-by-pixel recreation of the vanilla game, systems and all. And it wasn’t easy to make.

Now, I know what you’re thinking. Didn’t the team at Blizzard only need to dig up old game assets and code, throw them all together, and call it a day? Well, according to the Creating WoW Classic panel, that’s how it started. The team recovered backups of the code and assets from World of Warcraft version 1.12.0, stitched them together, and got a working prototype. But, then the developers predictably ran into a few problems. Actually, they ran into a ton of problems.

Even though the World of Warcraft Classic prototype mostly worked, it was still a dinosaur that couldn’t cooperate with modern systems. The Battle.net desktop app, Blizzard Cloud, and the current login servers were incompatible with the game. Even worse, every bug and hack that had been patched out since WoW version 1.12.0 was essentially reactivated and ready to be exploited once again. But, the team wasn’t ready to give up. They wanted to marry modern systems with old mechanics and graphics, and they weren’t going to let a few major hiccups get in the way.

Even after the WoW Classic team combined the current infrastructure with the original game code, they got a game that was far from complete. The core mechanics of vanilla WoW worked, but little else did. Since the Cataclysm expansion ripped the game world a new one, the team’s Frankenstein job created some weird problems. Aquatic animals walked on dry land; barren canyons were flooded with invisible water, and the lighting system was all over the place.

Graphics were only half the problem, though. World of Warcraft’s underlying systems and game mechanics changed with each patch, and these changes didn’t behave properly with the WoW Classic prototype. The Hunter class, for example, has been streamlined so players no longer need to feed pets or purchase ammo. Since World of Warcraft Classic will bring back these little nuances, the team had to ensure the class mechanics worked as they did in Vanilla WoW, and they repeated this process with every other class, enemy, quest, item, and race. You wouldn’t expect anything else from a labor of love.

The team at Blizzard has fixed so much with the Classic client, I would be here all day if I listed everything. Because they are adamant about recreating the original game experience, World of Warcraft Classic isn’t going to look like the original version but play like the modern one. The prevailing design philosophy is that everything that wasn’t in Vanilla WoW won’t be in WoW Classic. Unified auction houses? Gone. Dungeon Finder? Won’t find it. Flying? Not in this game. As I said, the game isn’t a standard visual demake. More importantly, it won’t just be a static recreation of the original game. World of Warcraft Classic will let players relive all of the events from the the early days of WoW, from the Gates of Ahn’Qiraj to the unleashing of the Onyxia raid.

Even though the team at Blizzard has poured their blood, sweat, and tears into World of Warcraft Classic, the game still has a long way to go. The game is tentatively scheduled to release in summer 2019.