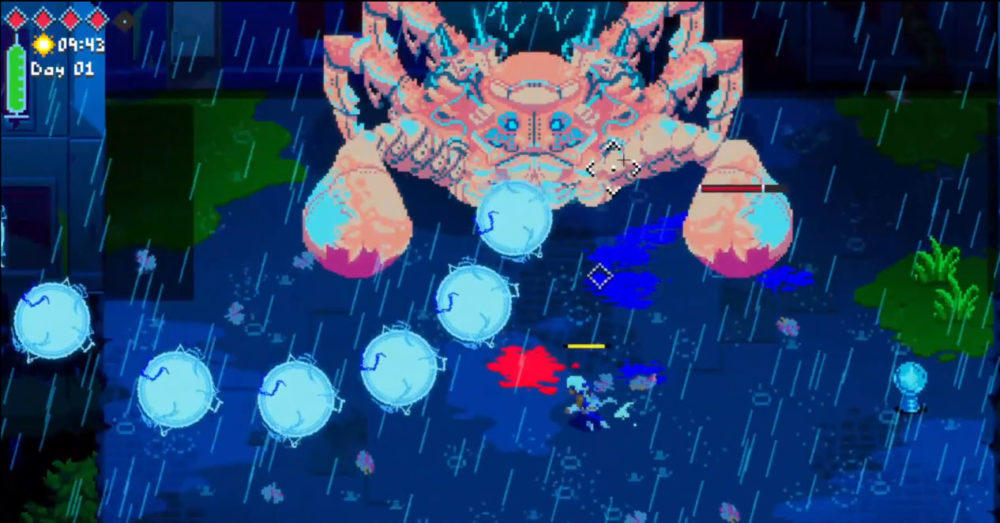 UNSIGHTED is an upcoming title that seems to be flying under the indie game radar. Developed by Studio Pixel Punk, this action adventure game looks like Metroid and Zelda had a baby in a post-apocalyptic cyberpunk world.

Late last night, the game’s developer released a brand new trailer for UNSIGHTED. This second trailer shows off why the title is likely going to be very appealing to action-adventure fans.

The newest video displays plenty of in-game mechanics, including combat and puzzle solving. Enemies vary from Cyborg Samurais -that can clone themselves and throw massive shurikens- to large bosses, like a crab that shoots balls of energy at you.

The trailer also shows off UNSIGHTED’s different environments. Colorful Asian-inspired gardens and dilapidated cities are just a few of the backdrops that make up the title’s setting.

Each of the worlds that are on display in the trailer are unique as well, as the game will be procedurally generated. While the worlds may vary, they will each be filled with hand-crafted puzzles that will be spread out across each area.

Story and choice will also play a large role in UNSIGHTED, as NPCs only have a limited lifetime in-game. These lives are directly influenced by the decisions that players make throughout the game.

Studio Pixel Punk highlights a core focus on replayability, as UNSIGHTED will feature non-linear paths to go alongside the aforementioned procedurally generated worlds.

There is no word on when UNSIGHTED will release as of yet, or what it will be available on, only that the game is still in development.