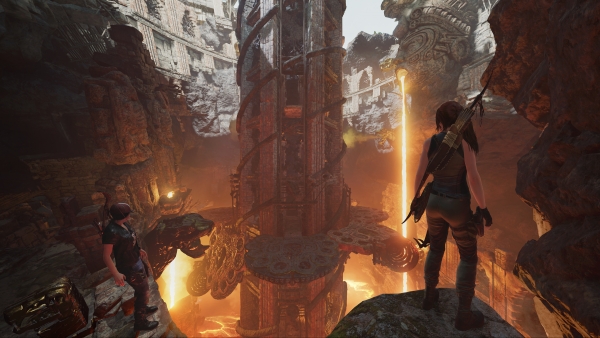 The Forge is a brand new DLC tomb coming to Shadow of the Tomb Raider, and players will get to check it out on Nov. 13.

To get you hyped for the upcoming solo/co-op adventure, Square Enix and Eidos Montreal have released a new trailer, which you can check out down below.

The Forge sees Lara Croft braving a lava-filled labyrinth, where she’ll discover even more secrets hidden by the ancient gods. The cool thing about this tomb, however, is the fact that you can play through the adventure in co-op, with other teammates. This requires you to work together in order to solve puzzles while progressing, which should be pretty neat.

If that doesn’t appeal to you, The Forge is also playable as a solo adventure, so you can go tomb raiding on your own.

The Forge is the first DLC pack coming to Shadow of the Tomb Raider, with more coming soon after.

Shadow of the Tomb Raider is now available on PS4, Xbox One, and PC.