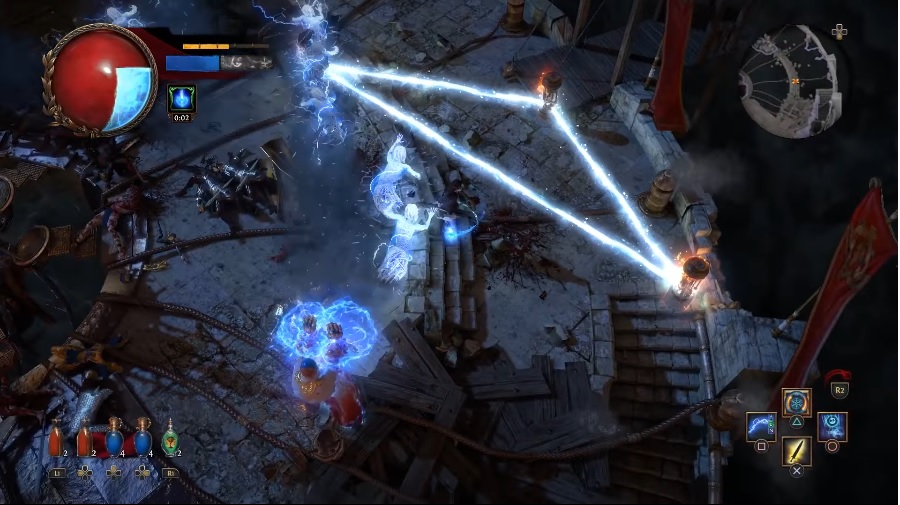 Path Of Exile is set to launch on PS4 next month, developer Grinding Gear Games revealed earlier today. “We are proud to announce that Path of Exile is coming to PlayStation 4 this December! As you know, we’re releasing our 3.5.0 expansion on December 7, and we plan to launch it on both console platforms in December also.”, the post reads. Details about the upcoming expansion will be revealed next week. The announcement also came with a trailer which showcases the game’s features, including how ridiculously powerful and effective character skills can get. All seven classes are making their way over to the PS4, each with their three subclasses. The trailer gives a look at the game’s skill system which has gems socketed into gear determining the skills that your character can use. Active skills can then be further modified in fairly wild ways by other linked gems. In terms of UI, the PS4 version looks quite similar to its Xbox One counterpart.

The free-to-play ARPG originally launched on PC back in 2013 and made its way to Xbox One in August of last year. It’s arguably one of the major players in the genre currently, due to both its vastly modifiable skills and immense passive skill tree which cater to a healthy amount of experimentation in terms of builds. While Path Of Exile does have microtransactions, they are exclusively cosmetic, with the exception of a few select things like stash tabs. They can, however, be purchased for a bargain price during regular sales and don’t truly impede progress in significant ways.

On top of that, Path Of Exile receives regular updates. Larger ones come with significant changes and additions, like Fall Of Oriath which added a whole six new acts, removing the need to repeat content while leveling.  Smaller updates add themed Leagues which reset progress while altering the experience. The latest league, Delve, added an infinite dungeon which players must explore while staying close to a crawler that lights the way. Risking your skin to venture out in the darkness can lead to finding treasure but also death. The announcement was met with positivity by the Path Of Exile community, putting it in very different waters than its genre mate Diablo currently finds itself in.