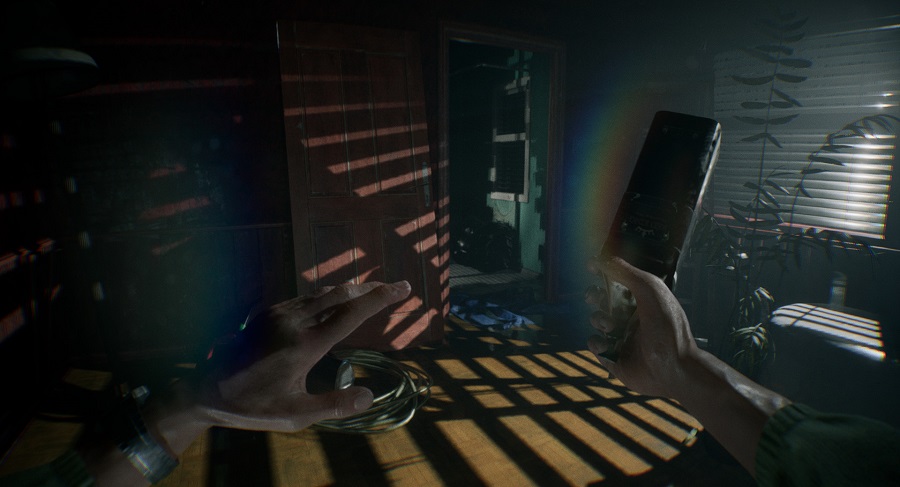 Hot on the heels of releasing Agony Unrated just in time for Halloween, developer Madmind Studios has announced their second project, Paranoid. Set in the late 80s, Paranoid is a first-person survival horror game that follows Patrick, a 31-year-old “who has been living in isolation from the outside world for many years.”.  A family tragedy left him scarred, dealing with addiction and mental health issues. Paranoid’s action gets kickstarted by a phone call that the protagonist receives from his long-lost sister, the only other member of his family to survive the tragedy.

The announcement also includes a concept gameplay video showing Paranoid in action. It very much dials back the nudity found in the studio’s prior title, Agony, but not without retaining some sexual imagery. Patrick’s issues become evident from early on, due to the pills scattered over his counter. The four, rather atmospheric, minutes of gameplay take place in claustrophobic interiors, mixing fear with small portions of in-your-face violence. No details regarding pricing or a potential release date were given, but you can wishlist and follow Paranoid via its Steam page.

Agony didn’t struggle to catch everyone’s attention, thanks to its striking rendition of Hell that didn’t shun away from gore and sexual themes. Upon launch, however, it turned out to be riddled with issues. As our review puts it: “The only people who should consider Agony are people that want a truly hardcore, even at the expense of enjoyment, survival horror game that will put your patience to the test.” . The developer didn’t give up on the game, however, releasing six patches and most recently Agony Unrated, which changes quite a few things around. Not only does it bring technical improvements while lifting the censorship found in the original version, it also adds in a new forest environment, new threats and modes. Agony Unrated currently sits at “Mostly Positive” on Steam. It will be interesting to see if Paranoid can draw as many eyes towards it, without banking on as strong and shocking an aesthetic as Agony’s.