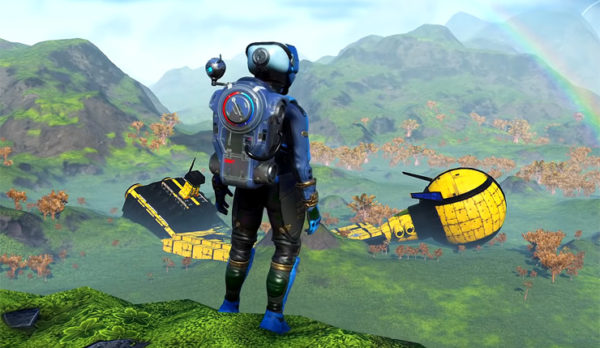 Hello Games surprised us with a new update for No Man’s Sky called The Abyss last month, and it looks like the team is ready to release even more content for the game.

Over on the official Hello Games YouTube channel, a trailer for the new update (titled Visions) was accidentally made public before going unlisted. You can check out the new footage down below.

The Visions update looks to add even more stuff for players to do in No Man’s Sky. The biggest addition being five new planetary biomes to add more variety to the game, along with large ancient skeletons that you can discover in the world.

Here’s the full list of additions, as listed in the trailer:

There’s no word on when the new Visions update will be released for the game just yet, but we’ll let you know as more info comes our way.

No Man’s Sky received its first, truly major update earlier this year, titled NEXT. It added proper multiplayer functionality, along with other changes that made the game feel fresh once again.

No Man’s Sky is now available on PS4, Xbox One, and PC.