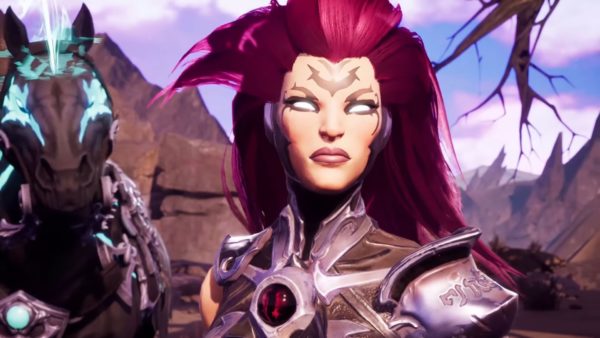 With the release of Darksiders III just around the corner, THQ Nordic and Gunfire Games are keen on showing it off with a brand new trailer.

The trailer focuses on Rampage, Fury’s black horse that will appear in the upcoming game.

The video is definitely poetic, conveying a western-like atmosphere that might perhaps surprise some. Could it be inspired by Red Dead Redemption 2? It wouldn’t be too surprising.

Whatever the inspiration, it’s definitely a great trailer, and you can watch it below. If you’d like to see more, you can check out the recent intro trailer. We also recently learned that the game will take about fifteen hours to complete.

If you’re unfamiliar with Darksiders III, it marks the return of the beloved Darksiders series inspired by the Four Horsemen of the Apocalypse. It debuted in 2010 from the brilliant minds at Vigil Games, with Darksiders II following in 2012. Many thought that the demise of THQ signaled the end of the ride, but the acquisition of the company’s portfolio by Nordic Games brought the series back to life. It has been a long wait, but we’re now just days from getting back on the saddle.

Darksiders III is coming to PS4, Xbox One, and PC on November 27th.