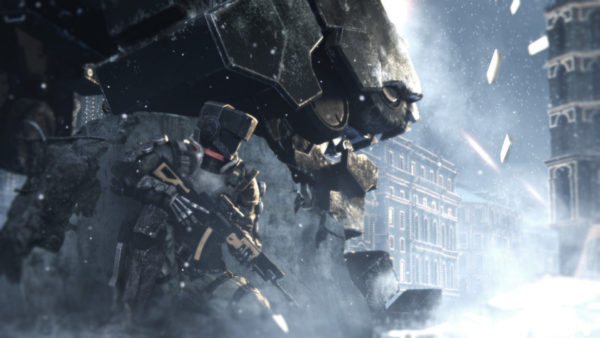 As if the gorgeous artwork and character designs from Yoji Shinkawa weren’t enough already, this new trailer for Left Alive even gives us a closer look at the robots, and a mech in particular that looks a ton like Metal Gear Rex.

You can check out the new trailer for the game down below.

Just in case you weren’t aware already, Left Alive is a brand new action game being developed by Square Enix, and is regarded as a spiritual successor or spinoff to the popular Front Mission series. The game is set in the war zone of Novo Slava, and the story centers around a few key characters as they try to survive in the harsh environment.

Left Alive is set to be released for PS4 and PC on March 6, 2019. We’ll keep you updated as more details on the game come our way.