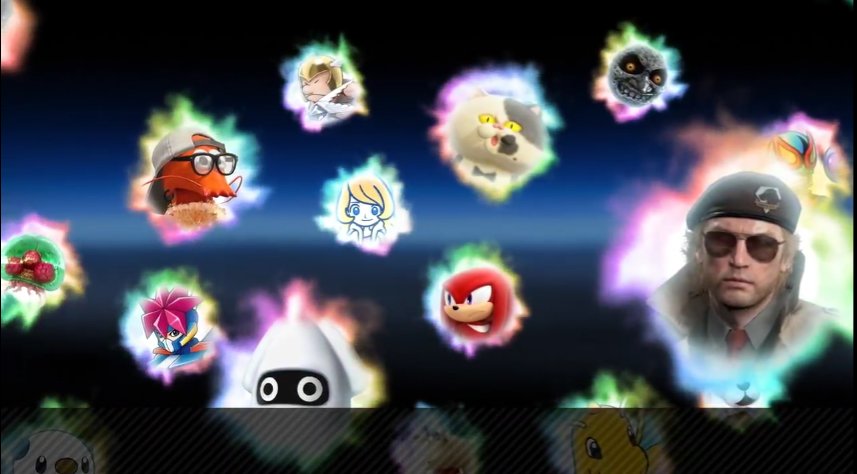 Spirits, the brand new addition to Super Smash Bros. Ultimate, work differently than anything seen in the franchise previously. Think of spirits like perks for your fighter that can be customized before each fight. They act as your loadout and can drastically change how a game plays out. Spirits are used in the new single-player mode World of Light, Spirit Board, Smash Mode, and they can even be taken online.

What exactly is a Spirit? Well, Spirits are characters from a range of properties like Paper Mario to Metal Gear Solid. They are represented as 2D images that don’t appear during a match, but are selected prior to a fight. These characters are not fighters in Super Smash Bros. Ultimate, however, they do have a very important role. Each one comes with a unique talent that will alter the fight in different ways. For instance, the Guardian from Breath of the Wild will grant less damage taken from melee weapons.

There are hundreds of Spirits to collect in Smash, and any you unlock in one mode will be unlocked across every mode that is compatible with Spirits. There are a few important things to know about them before you head into a fight with them equipped. First off, there are two different types of spirits, primary spirits and support spirits.

A primary spirit dictates how many support spirits a player can equip, ranging from one to three. This information can be found in the lower right hand corner of a primary spirit. Primary spirits also come in three different types, attack, defense, and grapple. This system is similar to rock, paper, scissors, as in attack defeats grapple, grapple defeats defense, and defense defeats attack. The final thing to look at when choosing a primary spirit is their ability. Choosing an ability to either compliment your play style or to make your opponent rethink their strategy is a good way to gain the edge in battle.

Both primary and support spirits can level up from 1-99. Leveling up a spirit will increase its total power level, which is different from its base level. Power level will factor in when going up against an opponent in the single player modes. You always want your power level to match or be higher than your opponents. Finding a primary spirit that allows three support spirits is an easy way to increase your overall power level.

The second way to increase your spirits’ level is to feed it snacks. Snacks are awarded for winning matches in World of Light, or you can purchase them with in-game gold from the store. Snacks come in three sizes: small, medium, and large, and they all give different amounts of experience to your spirit.

The final thing to know about spirits is that they are ranked by rarity. Novice, advanced, ace, and legend all dictate how powerful a spirit’s potential can be. Anyone familiar with games like Fire Emblem Heroes or Dragalia Lost will understand this system immediately. Basically, the rarer the spirit, the more powerful it is.

Collecting all of them will certainly be a challenge. Super Smash Bros. Ultimate launches on Dec. 7 for the Nintendo Switch. Which Spirit are you must psyched to see, let us know in the comments below!