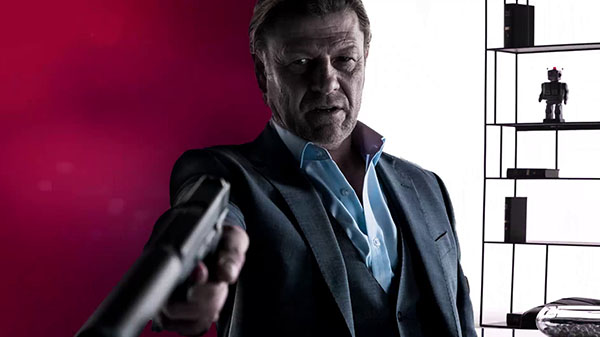 Today, the Hitman YouTube channel uploaded a launch trailer that features a live-action Sean Bean in anticipation of the imminent release date of Hitman 2 on November 13. Bean has been featured heavily in the marketing campaign for Hitman 2 and this launch trailer is clearly meant to serve up some last minute buzz for the game.

The trailer is a monologue showcasing some of the games dark humor, such as when Bean claims improvisation is a key weapon in an assassin’s arsenal and then proceeds to flush a toilet. The trailer then cuts to a gameplay clip of the player character drowning someone in a toilet.

Despite being live-action partially, there are gameplay scenes in between important moments of Bean’s brief speech. A highlight of the trailer is when Bean states that “a true assassin knows the world is always your best weapon.”

This is reflected in the gameplay shown throughout the trailer, where stereotypical gun or knife based assassinations are replaced by someone dressed in a flamingo costume bashing someone with their beak. The juxtaposition of Sean’s serious speech and the outrageous gameplay putting his mythos to the test is the backbone of this launch trailer.