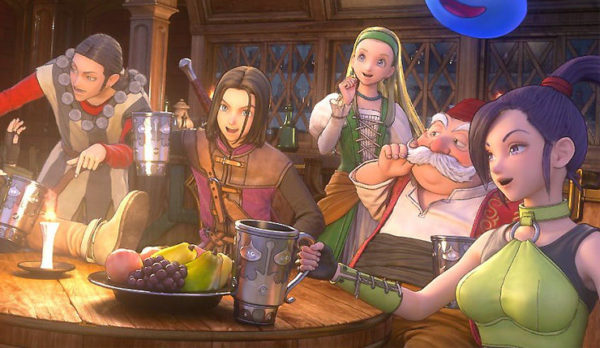 The JRPG genre has been on the upswing this console generation, with quite a few critically acclaimed titles that also managed to be a big hit with fans. Square Enix recently announced that Dragon Quest XI: Echoes of an Elusive Age has topped 4 million sales worldwide, making it one of the best-selling JRPGs of this generation.

The game had a strong debut when it released in Japan, selling over two million in just the first week. Since then the game has continued to sell and seen a release in the west on PS4 and PC.

As a note, it’s hard to get exact sales numbers a lot of times unless companies release them, but we’ve gone straight to the source whenever possible and based these numbers off of direct news for each game, or the wiki for best selling 3DS games.

As you can see, Dragon Quest XI sits comfortably near the middle of the list. It’s 4 million sales certainly are nothing to scoff at, but a number of handheld games have surpassed that number. The Pokemon series, as always, continues to sell ridiculously well, and Monster Hunter has become something of a sales juggernaut itself. Recently, Monster Hunter World became Capcom’s best selling game of all time, and that was even before it reached 10 million.

Meanwhile, quite a few other games from Square Enix are enjoying strong sales. Octopath Traveler hit a strong debut earlier this year, while Final Fantasy XV continues to trickle closer and closer to that 10 million line.

How does Dragon Quest XI stack up against these other games for you? Leave a comment down below and let us know what you think.