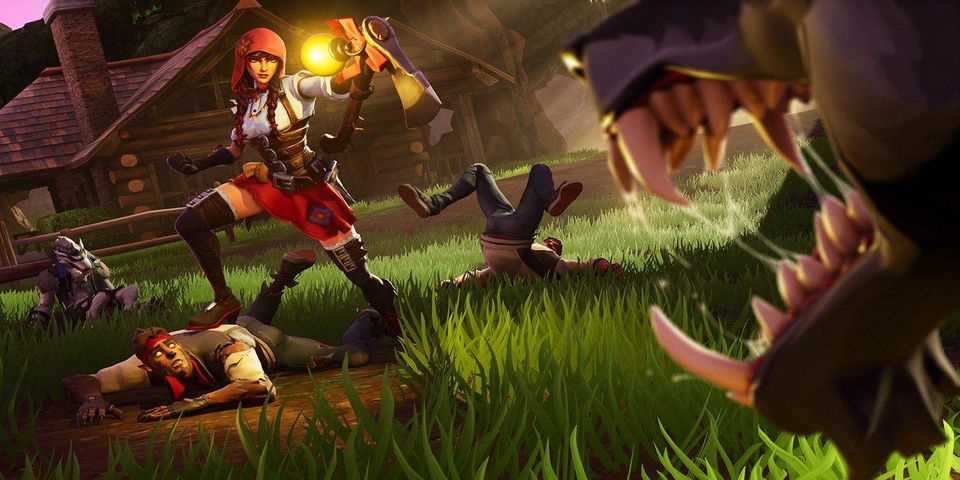 The newest Fortnite update, which was just released today, has brought with it a four-way teleporting device to speed up underground travel in Wailing Woods.

Update 6.30 came packed with a slew of changes and additions to the uber-popular battle royale game, such as mounted turrets and Food Fights, but most surprisingly (and sneakily too), a new way to fast-travel within Wailing Woods.

Redditor TimSad posted a video of the new teleporter in Wailing Woods in action yesterday and already, players are speculating what it could mean. In the video, TimSad goes to the underground bunker in the heart of Wailing Woods.

There, on all four sides of the bunker, are four tubes and within each one appears to be a teleporter. Not quite a rift, these teleporters are the blue and shiny, with a glowing white center. Stepping through one will teleport you to a nearby corner of Wailing Woods.

What could this mean, though? Well, if you’re familiar with Fortnite, this likely won’t be an isolated incident. It’s safe to say that these teleporting junctions will begin popping up all over the map. Perhaps they’ll remain as ways to fast travel to sections of individual areas. Maybe, though, these teleporting junctions will allow players to fast travel to completely different parts of the map.

Only time will tell, but right now, anyone wishing to get in on the teleporting action needs to head to Wailing Woods. Maybe this is Epic Games’ way of getting people to voluntarily go to Wailing Woods. After all, it’s no Tilted Towers.

Regardless of what all of this means for the future of Fortnite, one thing is clear: Season 7 is coming. Just like seasons past, the season is closer to its end than it is its start and that means that players can expect to see some crazy things begin happening.

We’ve seen rockets launch, the sky crack, rifts appear, cubes travel on their own and more. Who knows what’s next?