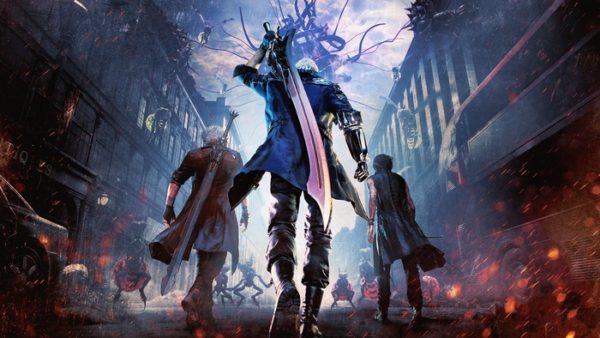 During Microsoft’s X018 event in Mexico City this weekend, Capcom showed off some more gameplay footage of Devil May Cry 5, revealing the new training mode called “The Void.”

DMC 5 producer and director, Matt Walker and Hideaki Itsuno, provided insight into just how Capcom’s action games are influenced by the culture in Japan, specifically Osaka. If you check out the video below, you can get an extended look at the new comprehensive training mode, which allows you to whack the crap out of monsters and try out Nero’s rad Devil Breakers. One, in particular, draws inspiration from Mega Man and it just looks insanely cool and super detailed.

In Void Mode, you can practice combos for a prolonged period of time by giving your enemies unlimited health. You can also perfect your techniques by using unlimited Devil Breaker power and wreak havoc on your victims without losing energy on the gauge. Void Mode will be the perfect mode for those that may be new to the hack and slash action series.

Devil May Cry 5 launches on Mar 8 for Xbox One, PS4, and PC. In other Devil May Cry 5 news, the Japanese Ultra Limited Edition of the game was revealed back in October and it includes Dante’s jacket as well as some other goodies but it will cost you a boatload of cash.