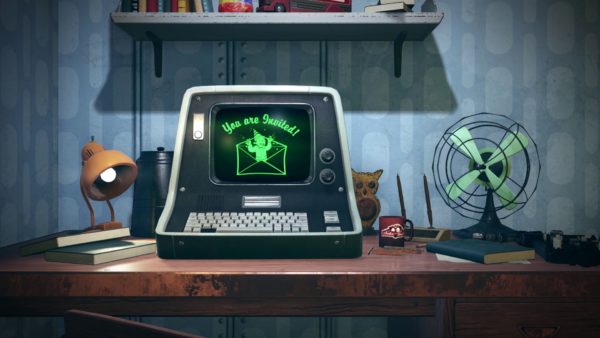 With just two days left before Fallout 76’s big day, Bethesda Game Studios has issued a letter “on launch and beyond.”

This letter contains a special thank you to all the Fallout 76 fans, the game’s publisher, and also, casually slipped in, a confirmation of two big features on the Fallout 76 docket: new Vaults and the ability to change your SPECIAL Points allocation:

“We have an incredible list of updates we’ve begun work on – from C.A.M.P. building improvements, new quests and events, new Vaults opening, character respecing, a faction-based PvP system, and much more.”

The possibility of being able to respec your SPECIAL points is a feature that came up many times during the Fallout 76 BETA. It’s also nice to see that Bethesda will be adding more depth to the player’s allegiance to particular factions, although it’s unclear exactly how PvP will work in regards to that.

The Fallout 76 development team is undoubtedly working overtime right now, furiously de-bugging and addressing the problems that arose during the BETA. Apparently, Bethesda is listening to the game’s community as well. “And this is just the beginning,” Bethesda’s letter states.

You can find the full letter from Bethesda here.