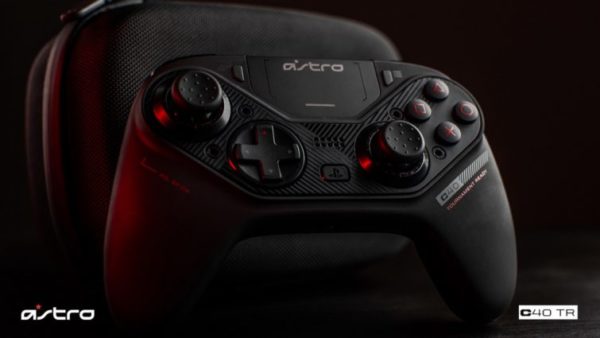 Today, on the official PlayStation blog, Vice President of Marketing at Astro Gaming, Aron Drayer announced Astro’s first foray into the pro gamepad industry, the Astro C40 TR. The controller is designed for PlayStation 4 and is officially licensed by Sony. Astro has been previously well known in the pro gaming scene for its high-end headsets and other accessories tailored to the core and pro gaming markets.

Aron Drayer described this new business venture for Astro by saying, “Our products have dramatically changed the esports landscape: improving team and player performance along the way. This new controller [Astro c40 TR] is the next natural evolution of our continued commitment to esports, pro gaming and gamers in general.”

These features allow for users to swap out their d-pads and analog sticks, remap the functions of their trigger buttons to something more tailored to the players needs, use the controller in wired or wireless mode, and adjust the trigger pull distance of the rear buttons. These functions can undoubtedly prove useful for various competitive gaming genres from first-person shooters to fighting games.

Besides these premium features, the Astro c40 TR is also designed with Astro’s software customization suite in mind, and includes a travel case with purchase of the pad. Astro also claims 12 hours of battery life with the C40 TR which would be rather impressive if accurate, given all the high tech and presumably battery hungry features the controller offers. For comparison, the DualShock 4 typically lasts 4 to 8 hours with far less tech packed into the device.

The Astro C40 TR controller will arrive in early 2019 for $199.99 or $269.99 CAD. The controller will work on PS4 and PC, but will only be available in the United States and Canada at launch, with more countries following in the future.