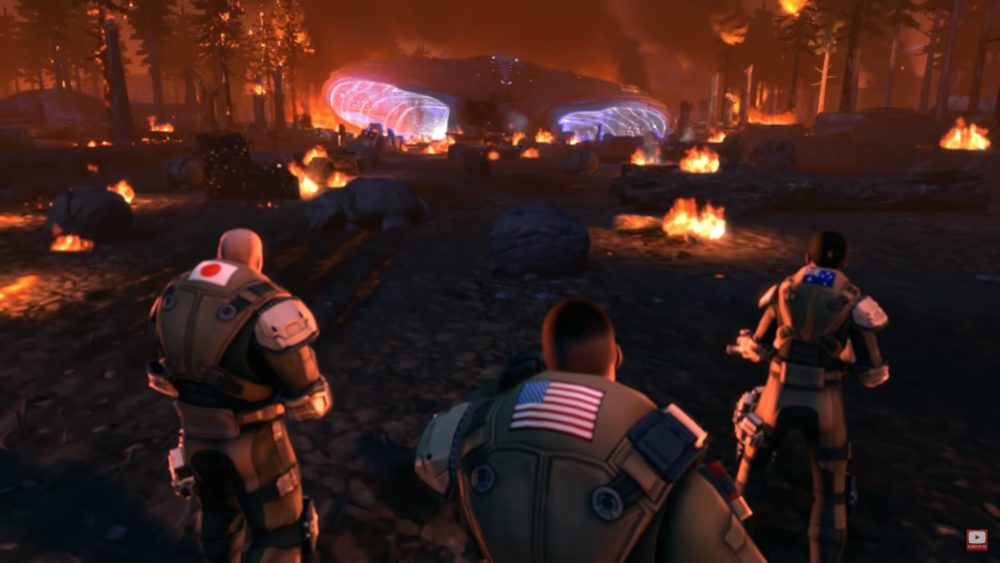 Touted as a “gift to the fans,” XCOM developer Firaxis Games has announced a free DLC pack for owners of XCOM 2’s superb expansion War of the Chosen. The DLC will bridge the gap between 2012’s XCOM: Enemy Unknown and 2016’s XCOM 2, as well as introducing “new games modes, stories, maps, and equipment.”

The news was announced on Twitter in a shared video, starring Creative Director Jake Solomon

The major appeal of the DLC is a new mode entitled Legacy Ops, which are isolated vignettes that take place between the events of the first and second games. Four main missions are available: Blast from the Past, It Came from the Sea, Avenger Assemble, and The Lazarus Project.

Blast from the Past will take place “after the fall of XCOM HQ,” whereas It Came from the Sea will center around the rescue of “a fledgling radio DJ.” Avenger Assemble will tell the tale of Lily Shen as she attempts to “retrofit the Avenger,” and, lastly, The Lazarus Project will recite the events of ADVENT’s kidnapping of resistance members.

Gameplay-wise, these Legacy Ops missions will not be the same as mainline XCOM titles. As opposed to the quintessential base-building and resource-management of the series, these missions will be one-off, action-orientated experiences.

Alongside Legacy Ops there is a mode called Resistance Archives, which is a series of missions that ascend in difficulty, sort of like XCOM’s take on a survival or horde mode. There will also be a map-editor Skirmish Mode, as well as 28 new and remastered maps, new weapons, armor, customization options, and a neat photobooth mode.

A new soundtrack is on offer, too, which is a remaster of the X-COM: UFO Defense OST. The DLC is set to assign for duty October 9 on PC and will be free for owners of War of the Chosen until midnight December 3.