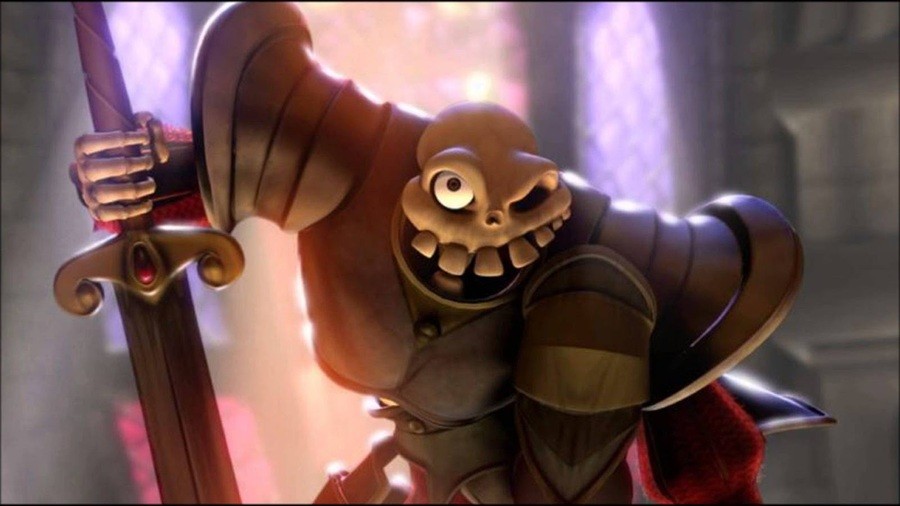 Late last year, Sony teased an HD remake of the classic PlayStation game MediEvil. The announcement trailer didn’t show much, but today, fittingly on Halloween, Sony has revealed just what players can expect from the remake: a game as graphically polished as a skeleton in a museum.

As is the case with the other PlayStation icon remasters and remakes, the MediEvil remake will faithfully translate the original game’s art style to a new game engine. Not only does the remake feature protagonist Sir Daniel Fortesque’s gormless-yet-charming grin (quite a feat considering he doesn’t have a lower jaw), but the new engine makes the graphics absolutely pop. Lights shine and bounce off Sir Dan’s oddly pristine armor, and the landscapes have an almost Tim Burton-esque feel.

Now, the MediEvil remake isn’t a one-to-one translation of the original game. All good remakes try to improve on the source material, and judging by the trailer, this one does just that. Once barren, polygonal walls are now crawling with creeping vines and ivy; the camera has been reworked to give players a closer and better look at Sir Dan’s cadaverous countenance, and the undead enemies of MediEvil have been given new life with gorgeous reworked models.

You might wonder if the remake will try to change MediEvil’s core gameplay mechanics, and if the trailer is any indication, its hectic hack and slash action and platforming challenges will remain intact. Of course, we don’t know if the developers will include any new extras, but most gamers would probably have been happy with just a bare bones remake of the classic. Everything past the HD visuals upgrade is just icing on an already delicious cake.

The MediEvil remake will launch sometime in 2019 for the PlayStation 4. Only time will tell if it joins Crash Bandicoot and Spyro with PC, Xbox One, and Nintendo Switch ports.