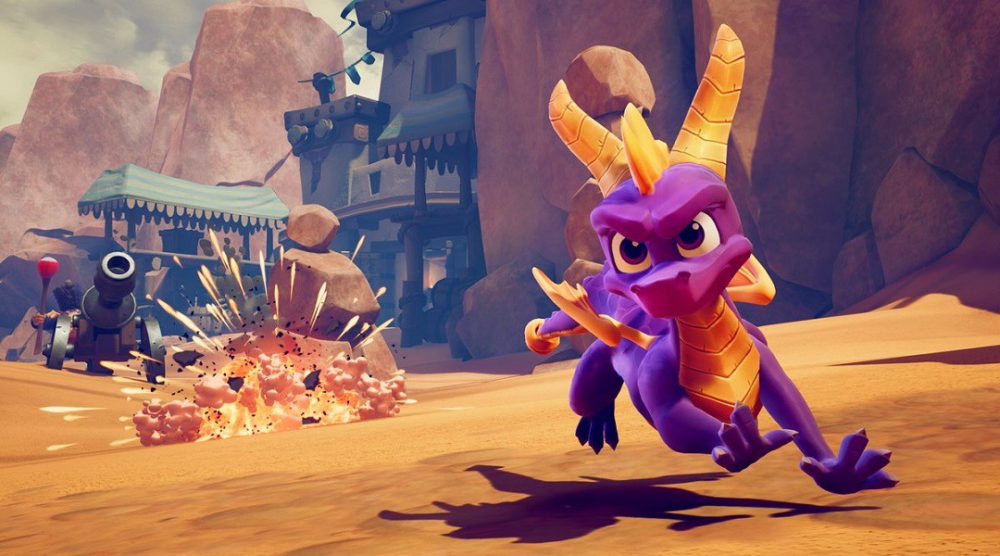 The Spyro Reignited Trilogy soars onto consoles on November 13th

November 13 is fast approaching and so is the Spyro Reignited Trilogy. A new launch trailer was released today for the highly-anticipated remaster and it is chock full of all the classic content that longtime fans will recognize, plus some brand new bells and whistles.

Environments, character models and more have gotten an incredible graphical update, but have all managed to retain what made them special in the first place. Fan-favorite characters like Hunter, Elora, Ripto and countless others make appearances in the new clip, all sporting fresh looks. Fans of the original series are sure to be pleased with this.

The Reignited Trilogy will be released on November 13th of this year and includes three of the series’ most beloved titles. Included in the package are Spyro the Dragon, Spyro 2: Ripto’s Rage! and Spyro: Year of the Dragon. The trilogy is developed by Toys For Bob, the developer behind the bulk of the Skylanders series.

“Spyro’s back and he’s all scaled up! Same sick burns, same smoldering attitude, now all scaled up in stunning HD… Explore the expansive realms, re-encounter the fiery personalities and relive the adventure in fully remastered glory. Because when there’s a realm that needs saving, there’s only one dragon to call.”

Will you be picking up the Spyro Reignited Trilogy? Do you think it will hold up gameplay-wise in today’s industry? Or will it just feel like a dated game with a new coat of paint? Let us know what you think in the comments.

The Spyro Reignited Trilogy releases on November 13 for PlayStation 4 and Xbox One.