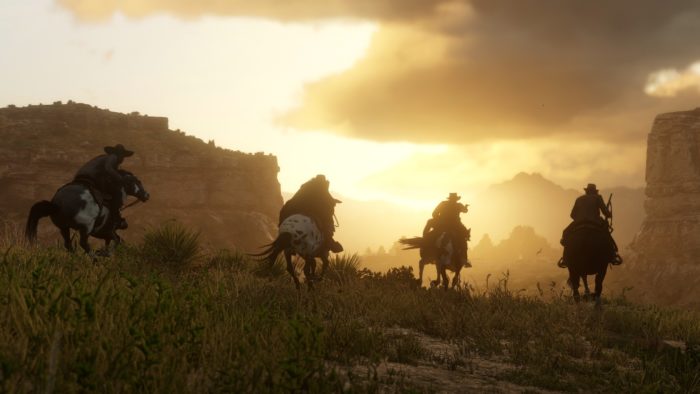 If Red Dead Redemption 2’s file size is anything to go by, we already know that Rockstar North’s latest effort is going to be pretty big. But, just how big? Well, according to EDGE’s preview of the game in their latest issue, really, really big.

During a hands-on preview of Red Dead Redemption 2, EDGE wanted to see just how big the game’s open-world 1899 America is. This was tested by opening the map screen, zooming out as far as possible, and moving eastward. It wasn’t until EDGE scrolled two full screens to the east that they reached the end. Moving southward, it took “twice as far” to reach the end of the map.

Of course, this isn’t an exact science and doesn’t give us any conclusive numbers, but it does give an indication as to just how large Red Dead Redemption 2’s map is going to be.

During the preview, EDGE were able to speak with the art director at Rockstar North, Aaron Garbut, about the nature of Red Dead Redemption 2’s open world.

A big difference for this game is making sure that the player’s not just discovering fun things to do, but that the world is constantly serving things up to you in subtle ways… A rattlesnake spooking your horse, animals lurking in the woods, a rival gang’s campfire off in the distance, the distant lights of the nearest town – there’s always something going on. The things that happen to you as you simply hang out in the world pull you through it, creating rewarding experiences in their own right. That feels real, and it feels new.

It isn’t long now until Red Dead Redemption 2 hits PS4 and Xbox One on Oct. 26.