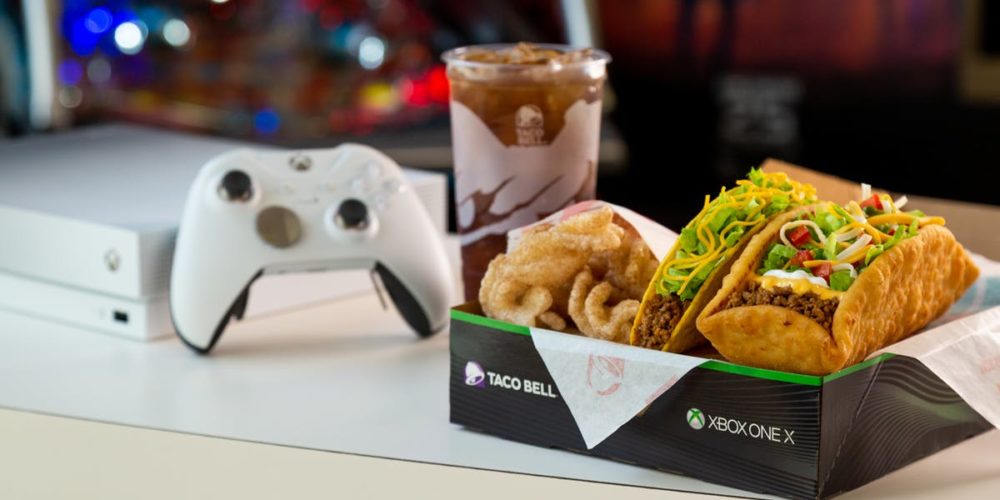 Earlier today, Taco Bell announced it has teamed up with Microsoft to create the ultimate Xbox One X giveaway. Starting tomorrow, for the low price of a Double Chalupa Box ($5 plus tax), gamers can enter to win a bundle that includes an Xbox One X Platinum Limited Edition, a white Xbox Elite controller, three months of Xbox Live Gold, and three months Xbox Game Pass. But, if that’s not enough, the console will feature a Taco Bell-themed extra. No, it won’t smell like taco; the Xbox One’s startup sound will be replaced by the trademark “bong” noise that ends every Taco Bell commercial.

To enter the contest, participants must text the code included with every Double Chalupa Box. They will then be notified if they’ve won. The site claims an average of one person will win an Xbox One every ten minutes, and since the contest will run until November 21st, approximately 5,000 lucky winners will receive their special Xbox One bundle.

Of course, no contest is without its limitations, and this giveaway is no exception. For starters, the contest is only open to “legal residents of the 50 U.S. states and DC, 18 years or older at time of entry,” which means if you’re a teenager from London visiting family in the U.S., you won’t be able to enter. More importantly, each participant is only limited to one entry each day, so don’t think you can game the system by purchasing five Chalupa Boxes. Although, there’s nothing stopping you from entering the five codes on five separate days.

This isn’t the first time Taco Bell gave away Xbox One consoles. The fast food chain held a similar contest last year that handed out free Xbox One Xs, although those were regular black consoles with normal startup sounds. But, they did come with Forza Motorsport 7.

If you are in the market for a new console and are feeling particularly hungry, this contest might be right up your alley . Perhaps you will be one of lucky winners.