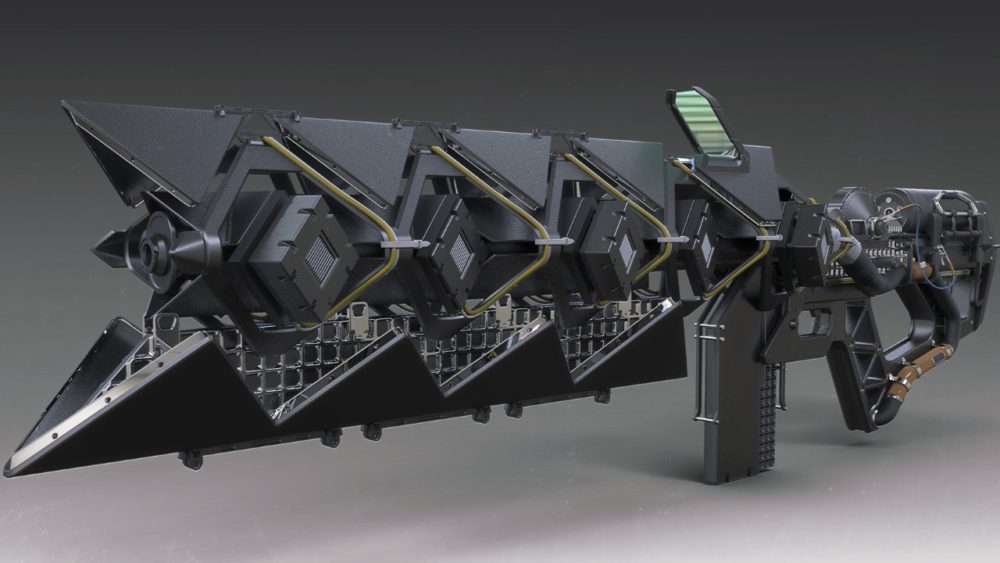 Before all Sleeper Simulant owners roll their eyes thinking this is yet another post complaining that the weapon is overpowered (OP), let me assure you that this is not that kind of article.

I have a Sleeper Simulant, and I love it. It’s a great gun, especially in PvE, and I hope it never gets nerfed. That said, in Gambit specifically, Sleeper Simulant has become a huge problem. First, though, let’s talk a little bit about the gun itself, and why it wasn’t a major problem before Gambit and Forsaken.

Sleeper Simulant was every bit as good as it is now before Forsaken came out, in PvE especially. The Sleeper is a great gun for quickly taking out orange bar enemies, and DPSing down raid/strike bosses very quickly. Pop a Hammer Strike (AKA Melting Point) on whatever your target is, and watch as five to six sleepers absolutely melt its health.

In the Crucible, while it’s okay, your exotic slot is usually best used on something else. Lots of Crucible maps are in tightly confined spaces, filled with people all around you with guns that can kill you quickly before you are able to line up, charge, and fire a shot.

Either way, whether it was PvE or PvP, the power of Sleeper Simulant pre-Forsaken was pretty harmless to Destiny 2 as a whole. Sure, it was (and still is) a bit overpowered in PvE. However, it was balanced by the fact that it was significantly more difficult to obtain before Forsaken. If that was the only issue, Bungie could just buff other guns to make them more attractive.

However, since Forsaken launched, two new factors have contributed to running the Sleeper Simulant up the ladder of “problems” for the Bungie and the Destiny 2 balance team. First, although it wasn’t insurmountable before, the quest to get Sleeper is way more accessible now. Previously, getting past level three of Escalation Protocol was difficult for those that didn’t have a pre-made group. Playing with randoms was very unreliable.

However, with the power level increase, getting past level three is quite trivial now even for pick-up groups in Destiny 2. Second is Gambit mode, and how tailor-made Sleeper is for just about everything you do in it.

Unlike Crucible, which has maps with lots of tight corridors and hiding spots, the maps in Gambit are huge and wide-open. It’s easy to just hang back from a safe distance, and pick off either enemies, or other players. This is even more effective if you have the catalyst for the weapon which reduces the long charge time, the only real flaw of the Sleeper. The only thing you have to worry about, honestly, is another Sleeper, or to a lesser extent, a skilled sniper.

Here’s what Sleeper Simulant does better than arguably any other gun in Destiny 2’s Gambit right now: burning down the Primeval bosses, their helpers, and other high-value targets, killing invading players before they kill you, and invading and killing the opposing team – three hugely important parts of any successful Gambit match.

It’s not that you can’t be successful unless you use the Sleeper, but there’s no reason not to use one if you do have it because of how good it is at everything. Plus, just because you don’t want to use it, that’s not going to stop other people from doing so. The best way to deal with someone invading your game with a Sleeper is to use one yourself. It can effortlessly one-shot someone from across the map. There’s no real reason not to use it if you have it other than just to be different.

In all honesty, I’m sort of happy that this is a problem for Destiny 2 because it means that there’s finally a gun worth grinding for and using. It’s better this, to have some OP guns that need adjustments, than having everything being bland and boring to use. That said, something obviously needs to be done. We’ve arrived at Destiny 2’s version of the Gjallarhorn. That is to say there’s a gun so powerful that it begins to eliminate weapon diversity, and becomes a requirement for some teams.

What to Do About Sleeper Simulant in Destiny 2?

What can Bungie do? Easily the worst option would be to nerf the weapon out of favor in Destiny 2. That would be un-fun, lazy, and infuriate players that have obtained it. The goal should be to not totally ruin its effectiveness in PvE, but reduce its dominance a tad. More importantly though, something needs to happen in Gambit where currently it’s not uncommon at all for entire teams to be running it.

They could try buffing other weapons that they notice are popular in Gambit, or that counter the Sleeper well. However, it’s hard to know if that will achieve the goal of reducing its popularity. In all likelihood, Bungie will need to get creative about a solution. They need to come up with an idea that makes Sleeper less attractive in Gambit, and only Gambit.

The best idea I’ve seen tossed around is adding either a notification or a extremely visible line of sight (like a laser on your face) if you’re being targeted.

That way, you have a second or two to dodge, or take cover instead of just being annihilated out of nowhere. That combined with possibly a slight nerf to its charge time would not completely ruin the weapon. But it would give skilled players, or people just paying attention to what’s going on, a chance to defend themselves.

Once again, I’m a Sleeper owner that still wants it to be a badass death ray. I just don’t want to feel like it’s the only gun I should be ever using in Destiny 2 otherwise I’m gimping myself. There are too many other cool exotic weapons that shouldn’t be overshadowed.