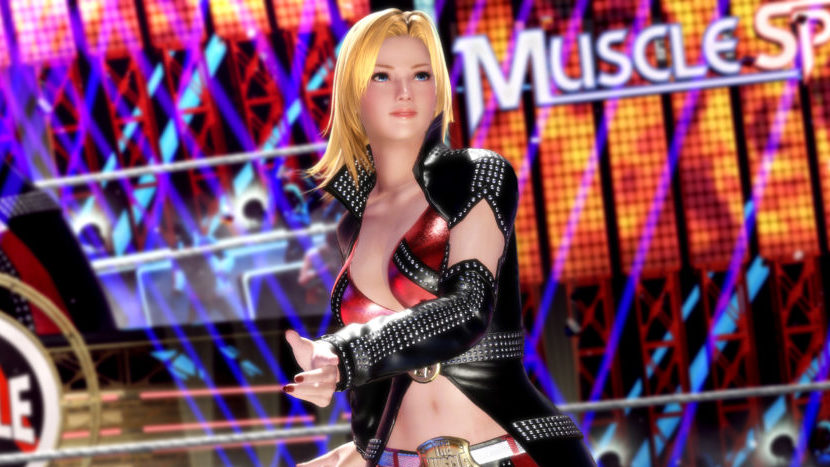 Koei Tecmo and Team Ninja Dead have revealed the next set of fighters coming to Dead or Alive 6. Bass, Tina, and Mila make their way into the roster. Alongside them is the reveal of a new stage, called The Muscle.

Bass is an immensely strong former professional wrestler and father of Tina. His style of play involves utilizing his impressive raw power and versatile throwing techniques. A single blow of his can be enough to change the tide of any fight.

Meanwhile, Tina is the only daughter of Bass who dreams of finding success in showbiz. This time, however, she plans to run for the post of governor. Unlike her father, Tina is a little more well-rounded, and has a variety of strikes and throws to confuse her opponent.

Lastly, Mila is an MMA fighter who is a devoted fan of Bass. True to her style of mixed martial arts, she uses quick and orthodox strikes, and can perform strong follow-ups from her takedowns.

In true thematic fashion, the new wrestling stage revealed for Dead or Alive 6 is one that ties these three characters together. The father-daughter duo of Bass and Tina unveil their new professional wrestling organization, also known as The Muscle, and introduce a brand new fighting ring of the same name.

Though the arena looks like a regular wrestling ring, there are plenty of hazards to look out for. The ropes surge with electrical current, so it looks like players will have to beware when backed into a corner.

With this sequel, developer Team Ninja wants the game to be taken more seriously as a competitive fighter. As such, some of the sexual elements from previous titles have been toned down.