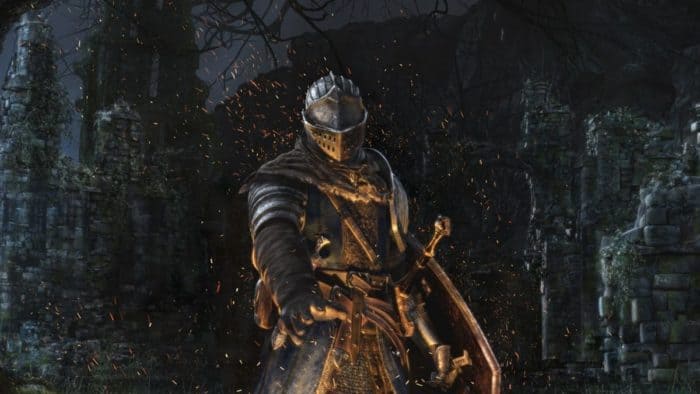 The idea of a portable Dark Souls sounds like it should be a winner, but somehow it’s not. Dark Souls Remastered is hitting the Nintendo Switch this week, and after spending a few days with the final build of the game, it’s left me disappointed.

Dark Souls Remastered was originally announced for the Switch at the start of the year, and it was slated for a summer release. However, it ended up getting delayed, and we went months without hearing anything new about the Switch port until Bandai Namco finally announced its new October release date. From what I’ve played, though, it looks like it could’ve used a bit more time in the oven.

There are quite a few changes and compromises to expect before you go jumping into From Software’s magnum opus. First is the graphical quality and resolution, especially when compared to its console counterparts. I reviewed the PS4 version of the game earlier this year, and I praised it for being the definitive version of the game for console players. 4K support and consistent 60fps? Perfection.

Needless to say, the Switch itself is at a bit of a disadvantage on the hardware side. The game runs at 720p in handheld mode, and 1080p when docked. I spent most of my time with the game in handheld mode, and yes, the graphical hit is definitely noticeable. Still, Dark Souls is a beautiful game, and I found myself impressed by the very fact that developing studio Virtuous managed to cram this massive game onto the Switch.

However, upon further inspection, I noticed that the Switch version of the game doesn’t actually feature all the little graphical improvements and details that we saw on the PS4 and Xbox One. Other eagle-eyed players who checked out the Network Test came to the same conclusion as well. Dark Souls Remastered on Switch lacks the little details like the updated bonfires and the prettier item pickup orbs. Textures aren’t quite as crisp as we’d come to expect from the ‘Remastered’ branding of the game. And in all honesty, Dark Souls Remastered on Switch looks like a port of the Prepare to Die Edition, except with the quality of life improvements like UI adjustments and better online servers.

This may or may not be an issue for you as a Dark Souls player. There are people in the community who are perfectly fine with the PtD graphics, and some will even argue that the old-school bonfire looks better than the Remastered one. If you get the game on Switch, you’ll still be able to enjoy the gameplay tweaks like being able to remap your buttons (but not the confirm/cancel buttons for some reason), adjusting your HUD and UI, and other little things like popping multiple soul items at once. Personally, I would’ve preferred to see the Remastered graphical improvements as well, but this isn’t a deal-breaker by any stretch of the imagination.

What is more concerning, though, is just how awful the game sounds on Switch. This is an issue that I’d first noticed while playing through the Network Test as well, and a common complaint that players had was how weird and compressed the audio was. Sound effects felt muddy and crunchy, with no range to speak of.

To my surprise, Dark Souls Remastered on Switch had a download and install size of only 4GB, which gave me the sneaking suspicion that perhaps the audio issues were still persistent even in the final build. And they are. The tiny size is great for my SD card but sound effects are still muddied, and the music tracks sound flat. It’s not too bad when you’re playing the game with TV or monitor speakers, but it becomes very noticeable and very jarring when you have headphones on. It’s definitely a huge disappointment because the game has effectively been spoiled from an audio and sound perspective, and this is important for a game like Dark Souls, where sound cues are so crucial and music plays such a large part in setting the tone.

On the bright side, though, the game actually runs very smoothly in both docked and handheld modes. Frame rate seems to be capped at 30fps, but it’s consistent, and had no discernible effect on my gameplay. During my Switch playthrough, I managed to clear Anor Londo with a new pyro build, and it was certainly nice being able to see what I was actually doing in the infamous areas like New Londo and Blighttown.

Playing through the game with the tiny Joy-Cons is, of course, every bit as uncomfortable as I’d imagined it to be, and considering that Dark Souls isn’t exactly the type of game that lends itself well to the on-the-go, short burst experience, I found myself thinking wistfully of the version of the game that was installed on my PS4 instead. Still, these are fairly minor concessions to make for the player who absolutely wants to play Dark Souls Remastered in a portable format.

If, however, the portability aspect isn’t crucial for you, there’s absolutely no reason to pick up Dark Souls Remastered on Switch. With the scaled back graphics and the awful audio, the Switch version is, sadly, simply a hollowed out version of one of the best action RPGs in the last decade. Play it on PS4 or Xbox One instead.