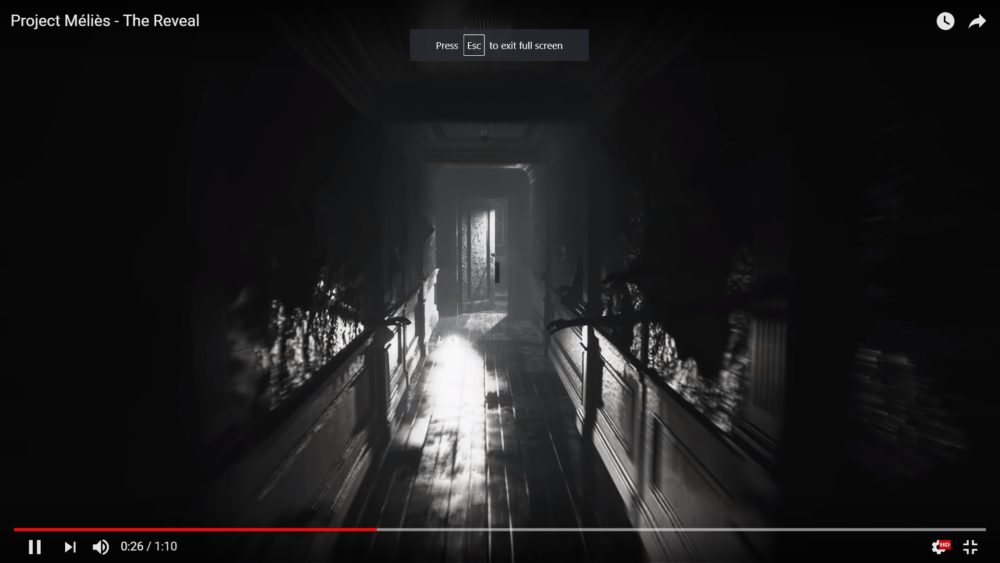 Halloween is just around the corner, and you just can’t get more Halloweeny than a brand new horror game, especially one that is a follow-up to a well-received, pre-existing franchise.

Layers of Fear 2 is a psychological horror game that is heavily inspired by P.T. While we don’t know much about this game, the announcement trailer reveals it will probably take place on an ocean liner. Don’t expect too much more insightful commentary, though; the game’s developer Bloober Team is trying to keep most of the game a surprise.

The original Layers of Fear revolves around a painter who wants to finish his masterpiece, which is a painting that (accidentally) grows more grotesque over time. But, he keeps getting distracted by schizophrenic hallucinations involving rats, a ghost woman who reveals the game’s hand as a love letter to P.T., and twisting, non-euclidean hallways that look like a cross between M.C. Escher and Hieronymus Bosch.

Layers of Fear 2 will apparently carry on the theme of “a tortured artist trying to complete his magnum opus;” only this time the game will focus on an un-named actor. But, I have gush about the game’s codename, Project Méliès, before I continue. This is an an obvious reference the French film director Georges Méliès. He began his career as an illusionist and pioneered special effects and film techniques such as double exposure and dissolves; I can’t think of a better person to reference.

Judging by the trailer, Layers of Fear 2 will be more of the same, but that’s hardly a bad thing. After all, the game will feature exploding coffins, grasping ghost arms that pop out of walls, and writhing bodies that spread blood everywhere. Oh, and a narration voiced by Tony Todd, the actor who brought the slasher villain Candyman to life (and was stung by live bees twenty-three times during the filming of that movie). That’s kind of like hiring Robert Englund to play a doctor conducting a sleep study; it’s too good of a no-brainer opportunity to pass up.

We don’t know how closely Layers of Fear 2 will copy Layer of Fear’s gameplay mechanics. The original game, while scary, is little more than a walking simulator. That is hardly a complaint, just a point of criticism many players have leveled at the game.

While we have no idea when Layers of Fear 2 will release, we will keep our eyes peeled for any news on this title.