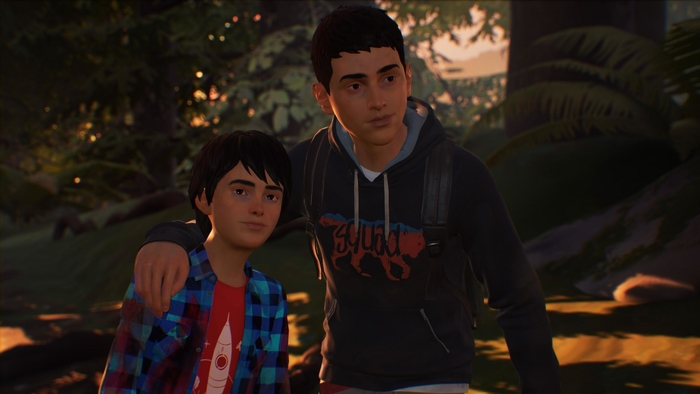 One week before the release of the first episode, Dontnod Entertainment and Square Enix have put out the launch trailer for Life is Strange 2, showing off more of our two main characters, Sean and Daniel Diaz.

The two siblings end up in a strange and eventful incident in their small town outside of Seattle that forces them to become runaways. With Sean being the older brother, he’s now responsible for the health and well-being of his younger brother Daniel while the two of them take a long trek from the cloudy state of Washington all the way to Mexico. Throw in some dangerous supernatural powers and Life is Strange 2 is gearing up to be quite the adventure for our two protagonists.

You can watch the launch trailer right here, just try not to let it get to your feelings as it did to us:

Life is Strange season 2 premieres its first episode on Sep 27 for PC, PS4, and Xbox One. If you pre-order and purchase the entire season right now, you can receive a special mascot sticker bundle that you can use to customize Sean’s in-game backpack. It’s full of cute little characters that have appeared throughout the series like Hawt Dawg Man and Power Bear.

Muv-Luv Alternative: Total Eclipse Announced for The West for PC Via Steam