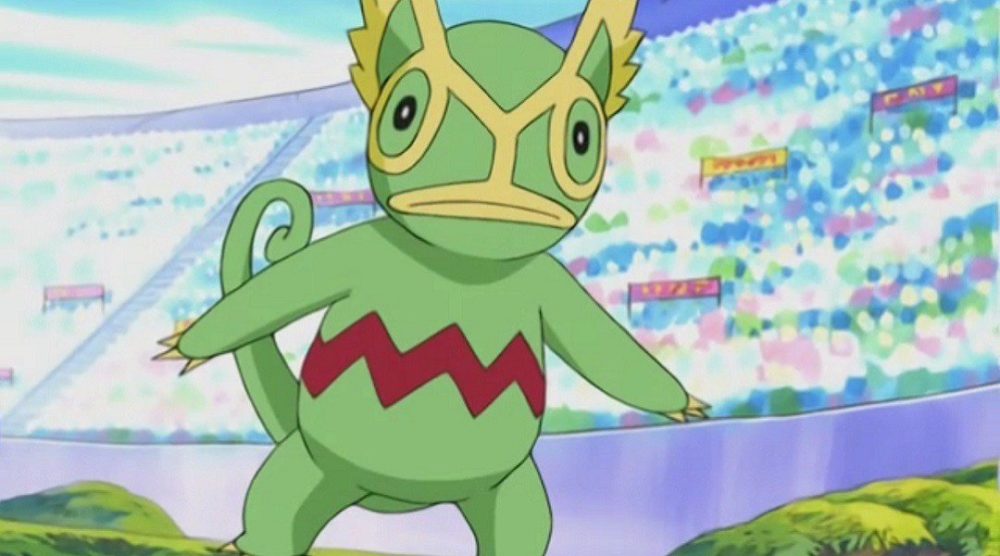 Yesterday, a dataminer leaked a new Pokemon for Pokemon GO. And now players can catch the little guy. Sort of. In all honesty, the weirdness behind this creature will probably make your brain hurt itself in confusion.

This new Pokemon, nicknamed Nutto by the Pokemon GO community (although some prefer Dittonut), is a mysterious little bundle of weird. According to the datamine, the in-game files label the Pokemon as #891, which is confusing since the last Pokemon in the Pokedex so far is the literal thundercat Zeraora, #807. Yet the game files also refer to Nutto as Kecleon, which is #352 and decidedly more chameleon-like.

Through sheer dumb luck or a cosmic coincidence, I found a Nutto today hiding in the shadow of a Mewtwo raid, so I had to catch it. And the game couldn’t make heads or tails of the new creature. No listed name or CP; it was like encountering a MissingNo all over again.

A few failed throws, one Razz Berry, and an Ultra Ball later, I caught the guy, but it transformed into a Ditto. Granted, it was the most powerful Ditto I’ve ever seen, but it was still a Ditto. And the Pokedex didn’t even have an entry for Nutto. It’s as if the creature never existed.

After I got home from my jaunt (regrettably, the Mewtwo raid ended in failure) I did some digging and entered quite the rabbit hole, or should I say Lopunny hole, regarding Nutto. While many who encounter this unknown Pokemon —not to be confused with the Pokemon Unown— receive a Ditto for their troubles, some, according to PokemonGoHub, watch it transform into a Chikorita. To add to the insanity, some players have bumped into actual Kecleons, except they aren’t Kecleons but Dittos and Chikoritas in disguise.

The confusion surrounding this new Pokemon is so thick you could cut it with a Scyther. But, since the Pokemon GO Marketing Global Lead Kento Suga has tweeted about Nutto, odds are it isn’t a bug. It’s also probably not a Bug-type, either.

We will keep our eyes peeled for more information on Nutto.