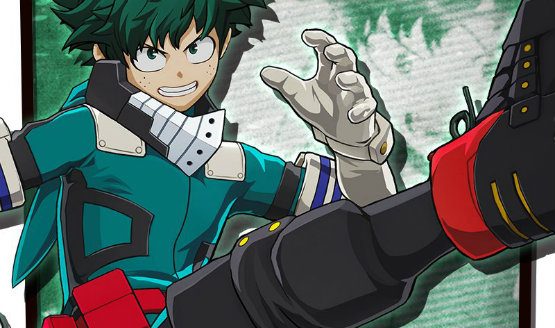 Added today in a hefty DLC pack for the Japanese release of My Hero One’s Justice, Shoot Style Izuku Midoriya will be available upon the game’s English release, as confirmed by Bandai Namco. Much like the myriad of different forms of Goku in Dragon Ball FighterZ, Deku’s Shoot Style will take up a separate slot from his base model and feature a completely different fighting style.

While Deku’s original moveset, both in the game and in the series, mainly focuses on punching, his Shoot Style is more centered around agile, quick movements and smashing opponents with his legs. With this new fighting style, Deku’s hero costume has also changed. Shoot Style Deku comes with guards to protected his crumbling, already-injured arms and steel-enforced shin guards to deal maximum damage using his Quirk One For All.

In-game, Shoot Style Deku boasts a more aerial fighting style complete with fast-paced acrobatics and combos that completely differ from One’s Justice’s base Deku. Players can use Deku’s new kicking abilities to completely turn the tables on any unsuspecting opponents, shutting down those that may be unfamiliar with this incredibly speedy new character.

My Hero One’s Justice launched in Japan on Aug. 23 and will release in the West on Oct. 26 for Switch, PlayStation 4, Xbox One and PC.