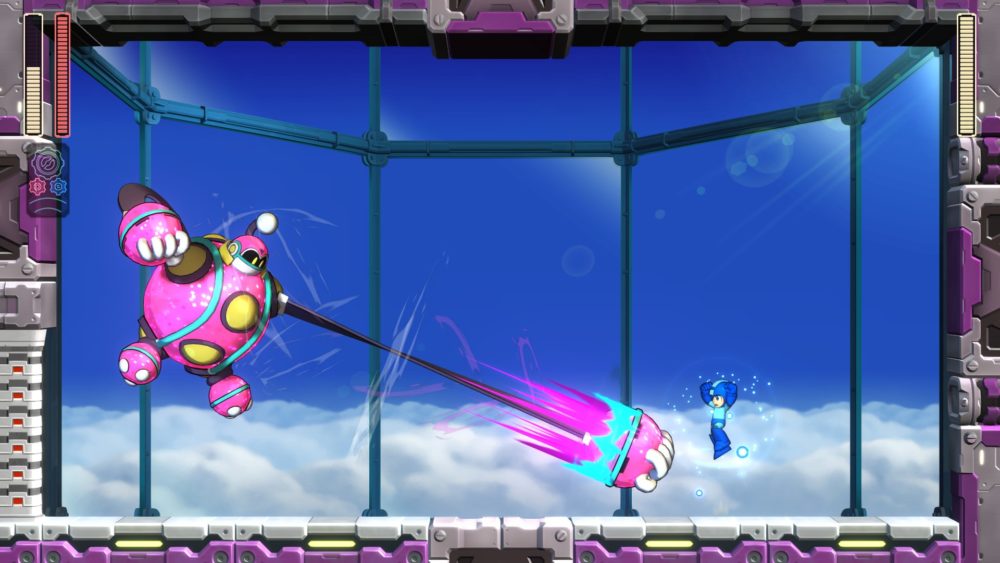 This week’s Nintendo Direct was delayed due to the recent Hokkaido earthquake in Japan. However, it appears that some of the announcements are still going through. Specifically, a Mega Man 11 demo is now available on the Nintendo Switch. The demos for the PC, PlayStation 4 and Xbox One versions will go live tomorrow on Sept. 7.

Capcom announced the news over on its Capcom Unity blog. In the demo, players can choose from multiple difficulty levels. They will play as the titular Mega Man, assisted by his trusty robot dog Rush. The demo’s level is Block Man’s stage, with a hand-drawn, pyramid environment to explore. As they play through the stage, players can test out Mega Man 11’s new Double Gear system, as well as various boss weapons against Block Man.

That’s not all, though. Fans who defeat Block Man in the demo will contribute to a Bust Block Man community challenge. For every time players defeat this boss, they can share their victory over on social media like Facebook, Instagram, and Twitter. This will chip away at a virtual statue of Block Man that Capcom has set up. Once this statue is completely destroyed, everyone who has played the demo will receive a set of single-used items that can be redeemed in the retail version.

Besides that, Capcom has also revealed a new Robot Master that will appear in Mega Man 11. Bounce Man is a former exercise instructor who has made an indoor wonderland as his own personal playground. The Boing-Boing Park that players will traverse will come with its own host of unique obstacles.

Once at Bounce Man’s chamber, the villain himself will show off his skills to Mega Man. This includes tumbling around the room, rebounding off walls, and crashing into the blue bomber. As the fight goes on, he will start using his Speed Gear to move at even faster speeds.

After being defeated, Bounce Man will drop the Bounce Ball weapon which, once equipped, will allow Mega Man to fire springy shots that damage enemies they touch.

Read more about Bounce Man on the official blog post.

Mega Man 11 launches for Xbox One, PlayStation 4, Nintendo Switch, and PC on Oct. 2.