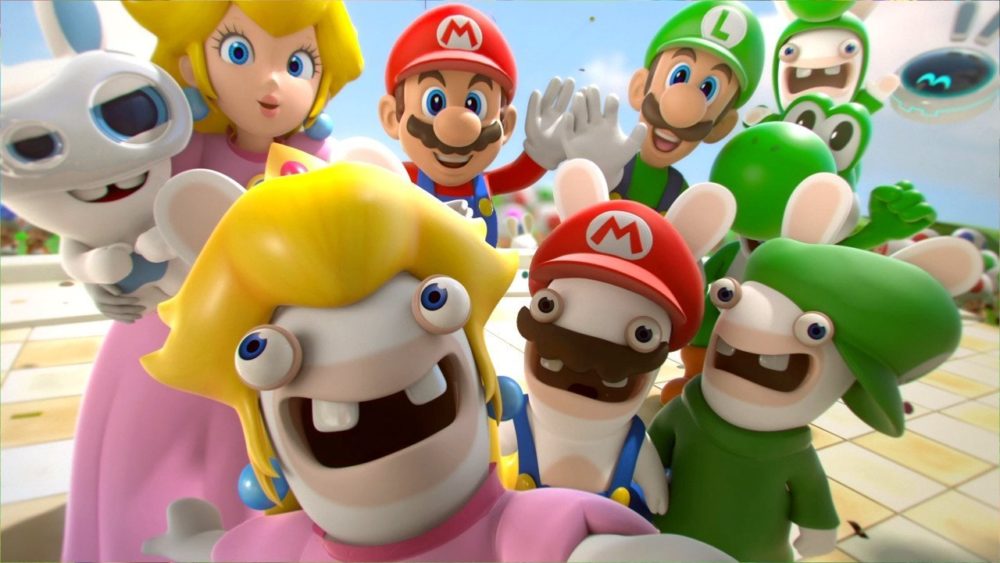 Almost one year ago, Nintendo and Ubisoft teamed up for one of the most unlikely alliances the gaming world has ever seen, releasing Mario + Rabbids: Kingdom Battle for the Nintendo Switch. While everyone was skeptical of the title at first, the Turn Based Tactical RPG was a resounding success.

In celebration of that success, Ubisoft has released a unique infographic dedicated to compiled player data they gathered throughout that first year. Those stats include team comps, enemies defeated, fun facts, and a wall of fame.

For the team compo section, it was revealed that Mario (100 %), Rabbid Peach (47 %), and Yoshi (38%) were the most picked characters. Despite the fact that he was the least picked among those available, Rabbid Yoshi was deemed the strongest, dealing out an average damage of 344 HP per fight.

Millions of Rabbid enemies have fallen throughout the first year of Mario + Rabbids: Kingdom Battle, according to these stats. Unsurprisingly, Ziggies are the most defeated enemy, with players vanquishing approximately 307 million since release.

One of the most interesting facts from the first year is that players absolutely doused the Mushroom Kingdom with Honey. To prevent enemy movement, the equivalent of 11,480 Time Washing Machines worth of Honey were poured in the game. That equates to 4.5 billion liters to be exact.

While the Nintendo Switch may not have trophies or achievements, year one players really went out of their way to earn them in Mario + Rabbids: Kingdom Battle. The aggregate of players completed more than half the battles with Gold (58%), while a small population (5%) even earned gold trophies for every fight, a perfect run.

To check out the full infographic, head over to the official Ubisoft forums.