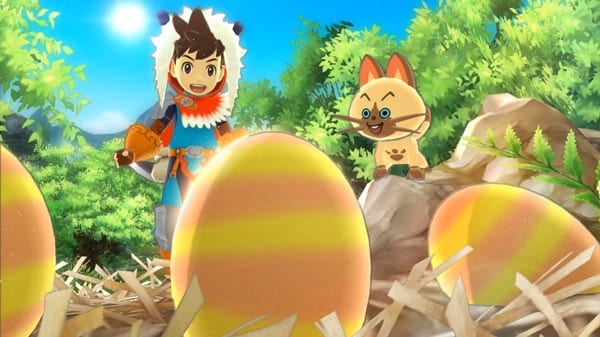 Finally releasing on the 3DS late last year here in the west, Monster Hunter Stories is out now for mobile devices alongside a demo as well. The turn-based RPG can be downloaded on the App Store and the Google Play Store for $19.99, but if you play through the demo, you’ll be able to import your saved data if you plan on purchasing the full game.

Monster Hunter Stories may feature similar wyverns, environments, and monsters from the Monster Hunter franchise but this cutesy spin-off takes quite the departure from the mainline real-time action series. Mixing turn-based RPG elements with a rock-paper-scissors battle system similar to Pokemon, Monster Hunter Stories has you playing as a rider instead of the typical hunter. Living in a remote village away from the terrible hunters who sought to kill wyverns, riders instead live in harmony with the monsters, forming bonds with the creatures and using them as allies in battles.

The mobile version of Monster Hunter Stories features improved graphics over the 3DS version, a better-designed interface, and a new auto-save system that keeps your progress up-to-date so you don’t lose that precious data.

Monster Hunter Stories is out now for Android and Apple devices, as well as the Nintendo 3DS.