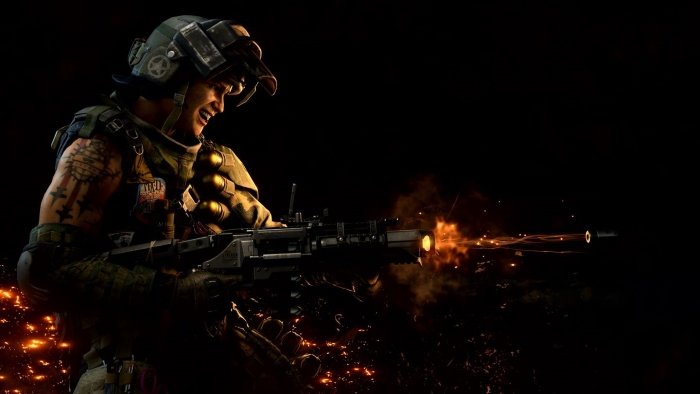 Call of Duty: Black Ops 4 publisher Activision announced a sample of free content that will be available following the launch of the game and its exclusivity deal with PlayStation 4.

The first of the new, free content will be staple Black Ops map Nuketown with an “all-new take” coming in November, while the “first of several” new Specialists for its competitive multiplayer mode will be released in December. Other free features will include events on a limited-time, weekly, or seasonal schedule, while the Blackout battle royale mode will receive “regular map updates, expansions, and new Blackout modes.”

“We are working hard to make Black Ops 4 something that is truly extraordinary for the whole community to enjoy together going forward,” developer Treyarch wrote in its announcement post. “We are 100% committed to supporting the Black Ops community and cannot wait to take the next step on this journey, starting October 12.”

The content above will not be a part of the game’s Black Ops Pass, the separately purchased season pass containing 12 multiplayer maps, five Zombies experiences, and four exclusive Blackout characters. Activision said that all content released post-launch, paid or free, will land on PlayStation 4 seven days earlier than other platforms. While the publisher has had a timed exclusivity deal over Call of Duty downloadable content with Sony since 2015, the gap of content releases between platforms has been shortened from one month to one week for Black Ops 4.

Call of Duty: Black Ops 4 launches for PlayStation 4, Xbox One, and PC through the Blizzard Battle.Net client on Oct. 12.