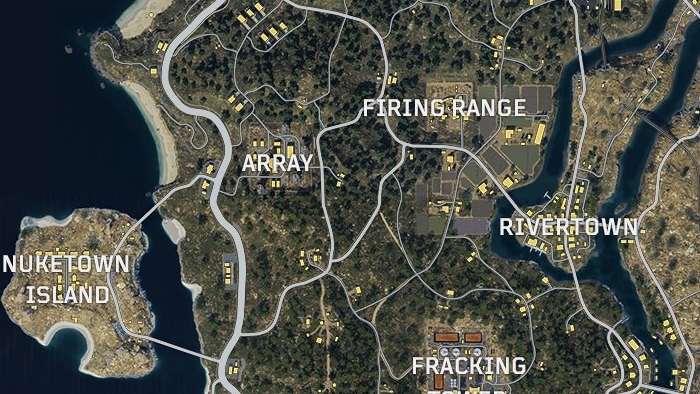 The Blackout map, deemed the “largest map in Call of Duty history,” can be seen in full below. The map contains two large landmasses separated by rivers with one island in-between and another island farther away to the west. The larger peninsula is heavily forested around a few key locations, while the east is more open with desert.

While there is no closeup on the named locations, some bare the names of maps featured in previous Call of Duty titles such as Firing Range and Asylum. Nuketown, one of the series’s most popular maps, received its own island separate from the mainland.

The Blackout beta will begin first for PlayStation 4 on Monday, Sept. 10 for those that pre-ordered with Xbox One and PC pre-orders gaining access on Friday, Sept. 14. The beta will be open to all PC players with a Battle.Net account the next day on Sept. 15 at 1 p.m. ET, though the beta will not be open for console players.