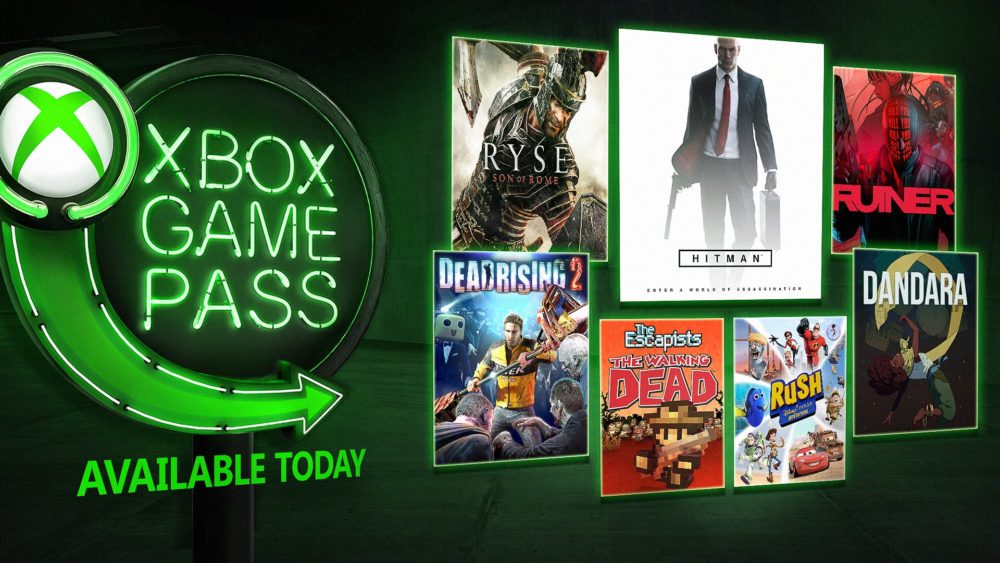 Xbox gamers rejoice, there are seven new Xbox Game Pass titles coming out today. Among them are some classics that are sure to eat up your time once again or take you on a whole new adventure if you have been waiting for the perfect time to pick them up.

Starting them off is the Xbox One release title, Ryse: Son of Rome. Ryse is an action hack-and-slash that has you play the part of a Roman centurion as he climbs the ranks of the Roman legion. Next up is Hitman: Season 1 where players will play through various missions to assassinate their targets in whatever way they see fit.

Also coming to Xbox Game Pass this month are two zombie games with very different styles. Dead Rising 2 has players fighting their way through Vegas while keeping their daughter alive. In The Escapists: The Walking Dead, players take on the role of Rick Grimes and friends in the comic book world of The Walking Dead.

In Ruiner, gamers will make use of top-down shooter mechanics to save their brother in a cyberpunk, dystopian future. Players will also get a taste of South-America in the Brazilian metroidvania Dandara. The final game hitting Xbox Game Pass this month is Kinect Rush: A Disney Pixar Adventure. This Xbox 360 Kinect title has been remastered for Xbox One and features a tonne of family-friendly action.

If you’re having trouble finding the Game Pass games this month, that’s because it may be in a new location entirely. Recently, Xbox has dropped the entertainment tab from the dashboard in favour of a tab specifically for Xbox Game Pass. With this new feature it can be speculated that there may be a bigger push to get Game Pass subscriptions, but only time will tell.