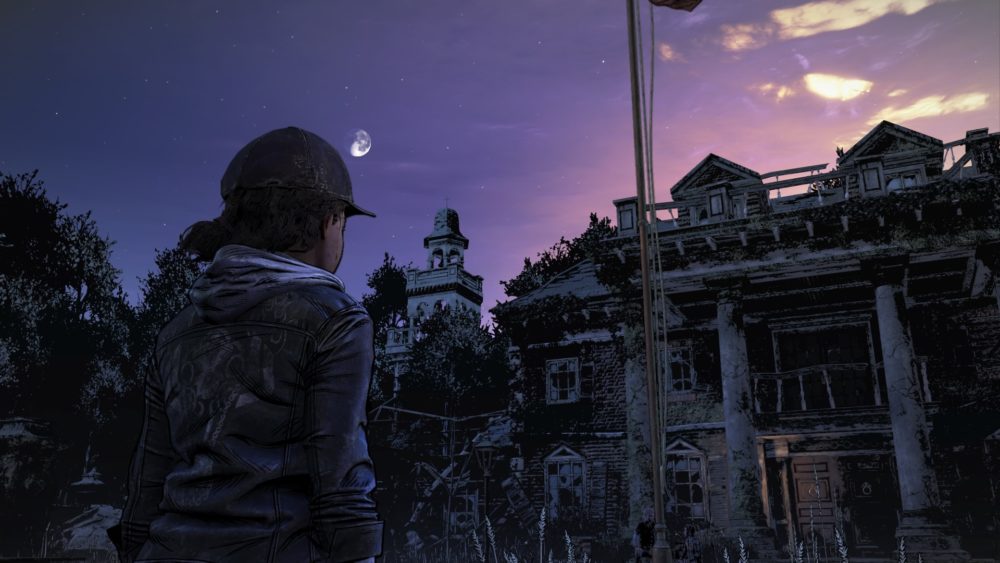 Choices and branching decisions have been a part of Telltale’s DNA for a while now. Whether it’s a simple dialog choice you need to make, or deciding who should go out on a mission with you, or even just who you want to save in a particularly dire situation. We’ve been through many agonizing decisions during our time with Telltale’s previous episodic series. Problem is, those choices only really go skin-deep. They’re superficial. Ultimately, they won’t change the story. You’re still going to end up with, for the most part, the same ending that everyone else ends up with. That’s still how I felt going into The Walking Dead: The Final Season’s opening episode, and while it almost convinced me otherwise, one scene managed to dash my dreams in one fell swoop.

That’s not to say that The Walking Dead: The Final Season’s first episode is terrible by any means. For those unaware, this series follows an older Clementine once more, and a fairly grown-up AJ whose bringing up in the apocalypse has clearly had a profound effect on his childhood years. The pair are simply looking for somewhere they can call home, and following a scavenger mission gone wrong, they’re brought into the safety of an old boarding school inhabited by a bunch of kids.

The tempo of the episode largely slows down after its opening moments, but there’s still something ultimately unsettling about the whole thing. The boarding school gives off a Lord of the Flies vibe that I can’t shake, and I’m still waiting for the sinister shit to hit the fan in later episodes.

The remainder of the episode largely focuses on Clementine and AJ’s relationship, as well as getting to know these new faces. Within its opening 15 minutes, episode one gave me flashbacks to the first time I sat down and made acquaintances with Lee and Clementine all those years ago. Though the heroic Lee is no longer around, he’s been replaced by Clementine. A mature, seasoned survivor with the same heart of gold that we saw in Lee. AJ is considerably older now, and he has the same childlike naivety and lack of awareness of his surroundings that Clementine had all those years ago. There are ample parallels you can draw between Lee and Clem’s relationship and that of Clem and AJ, and fans will likely struggle to hold back their sense of pride in how Clementine has grown up.

It’s the way that Telltale has made seemingly minor choices you make regarding AJ and Clementine’s relationship feel like they’re actually doing something other than simply changing what showed up on a stat screen come the end of the episode.

Clementine is AJ’s guardian, and as such, he’s always listening, and always taking what Clementine does into account. It shapes him, and so the onus is on you as the player to bring AJ up to be the person you’d want him to be. He may not always agree with Clementine, but having the ability to steer him on the right path, like calling him out when he swears, or testing him on what should be done when entering a building, places a sense of responsibility on every decision you make. Following on from these moments, AJ would act or say particular things harking back to this, and though it’s the kind of menial changes to the story we’ve lauded before, the fact we’re so invested in these characters makes it kinda neat all the same. Or you can forget all that, and just be a crappy role model and see how that pans out for Clementine and AJ!

In that sense, Telltale’s The Walking Dead series’ story arc feels like it’s come full circle while pushing the notion of player choice to the forefront. AJ is essentially a blank slate at the start of episode one, and it’ll be interesting to see what kind of a person our decisions turn him into come the closing act of episode five in the future.

I have high hopes that Telltale can implement these in a really exciting way down the line. Especially considering, at numerous times when AJ found himself in a tough spot, it seemed as though his actions are very heavily based on what you say or do.

And then episode one’s ending comes along, and with little to no explanation blows all of those gentle nudges in the right direction you’ve been giving AJ right out the water. For me, Clementine and AJ were the highlight of the episode, and watching them interact, joke, and even learn from one another made the two-hour duration fly by. But the fact that episode one ends with this unavoidable, extreme event happening almost out of nowhere just left me with the same dejected feeling I’ve felt before at the end of a Telltale episode. My decisions may have resulted in superficial consequences, but I’m on Telltale’s rollercoaster, so I’ll just have to strap in and enjoy the ride.

Though the ending did leave me feeling a little disappointed, The Walking Dead: The Final Season’s premiere episode still has me eagerly anticipating the next chapter of Clementine and AJ’s story. The new characters are interesting and varied enough to make for plenty of dramatic twists and turns, the writing is largely excellent, and the whole experience looks that little bit better than past episodes.

If you’ve come this far in Telltale’s The Walking Dead series, you’d be doing yourself a huge injustice if you didn’t see how things end with Clementine. This may not be the series that fixes the long-running flaws in its narrative-driven experiences, but it’s a wild ride all the same.