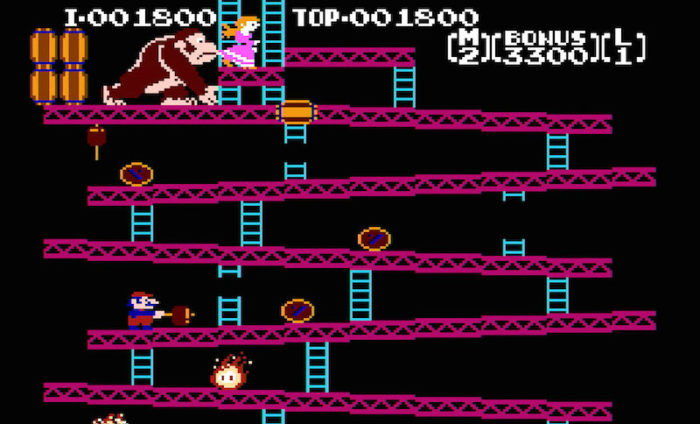 Billy Mitchell goes by many titles. One of them used to be the King of Kong, but ever since video game world record keeper Twin Galaxies stripped him of his records, many gamers have been calling him things like cheater, liar, and fraud. However, even without cheating he is still an extremely talented gamer.

A little backstory for anyone who’s never heard of the guy: Billy Mitchell stepped into the pixelated limelight in 1982 when he achieved a score of 886,900 in Donkey Kong, and he was hit by the spotlight again in 2010 when he broke one million points. But then a few gamers accused Mitchell of cheating. Now, I know what you’re probably thinking: this is real life, not the Adam Sandler movie Pixels. Unlike that film, you can’t input cheat codes into arcade cabinets. And you’re right; there’s no code for extra lives in Centipede, and you certainly can’t warp around the maze in Pac-Man. But that only applies to the physical cabinets. If you emulate the arcade game, you can cheat to your heart’s content. And that’s exactly what Mitchell was accused of doing: emulating Donkey Kong.

Now, accusations of cheating in competitive games are not taken lightly, be it a killstreak in PUBG achieved with wallhacks or an impossible number of home runs in baseball thanks to steroids. Bottom line: if you cheat in a game, you’ve made it onto the record keeper’s shitlist. After much research and consideration, Twin Galaxies concluded Mitchell achieved his one million-plus score in an emulated copy of Donkey Kong rather than an actual arcade cabinet and banned him. The organization removed all of Mitchell’s records, including his original 1982 score, and forbade him from receiving recognition for a high score in any video game again, be it Donkey Kong, Pac-Man, or Dance Dance Revolution Extreme.

But here’s where things get a little juicy. On July 29th, Mitchell livestreamed a one million-point run of Donkey Kong (see above). This herculean task went on for over two hours, but it’s genuine. It was Mitchell, standing in front of an actual factual Donkey Kong arcade cabinet, acquiring over one million points and God knows how many blisters.

Sadly, even though Mitchell is more than capable of achieving (and breaking) the records he laid claim to in the past, it doesn’t do anything to wash away the stain of his crimes against fair play in the eyes of many gamers. Twin Galaxies still refuses to acknowledge his accomplishments; but maybe the organization will consider giving Mitchell a second chance now that he has proven his skills? Only time will tell.