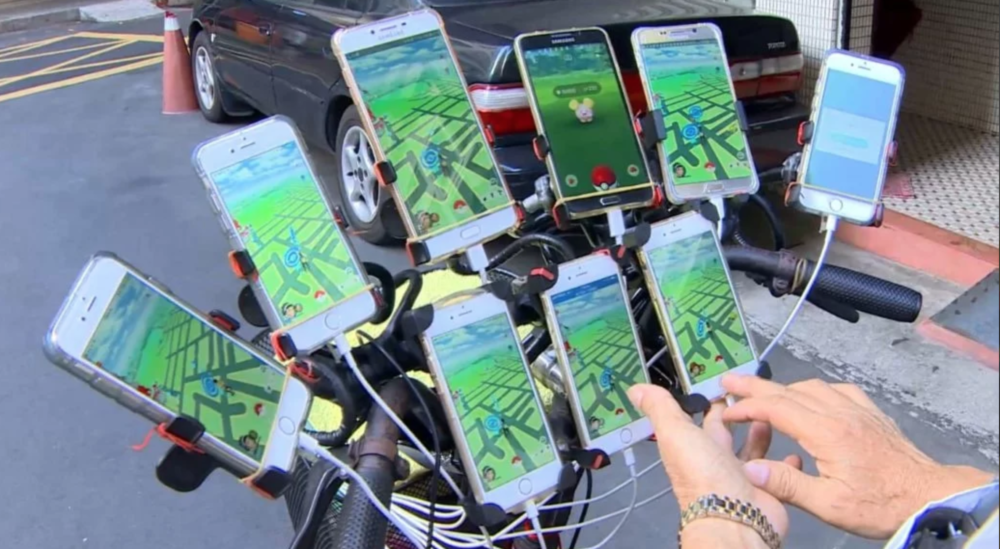 Do you play Pokemon Go? Feel like you’re pretty hardcore? You may well be, but not like this guy. Chen San Yuan is a 70-year-old Taiwanese man who has the game on lock. He’s created a crazy invention that lets him hold up to 11 eleven smartphones at once while h rides around town on his bike looking for Pokemon to snap up. Uh, yeah, that’s hardcore.

Chen San Yuan says that he can take on rival gyms without any assistance from other players, and he uses a power supply on his bike to keep his phones juiced up while playing for 20 hours. That’s a lot of time, and a lot of smartphones. Like, a ridiculous amount, and they vary from iPhones to Android phones. He’s obviously invested quite a bit of money in this scheme.

He’s not stopping at 11 phones, either. He’s looking to up how many smartphones he has to 15 sometime soon, and from there, who knows? Hopefully he’s playing it safe while enjoying his reign as a mobile Pokemon master. Do you go as hard on Pokemon Go as this guy? No matter how crazy it is, you’ve gotta admire the hustle, after all. This is a seriously dedicated Pokemon fan. How much do you think he’s spending each month in smartphone data bills?