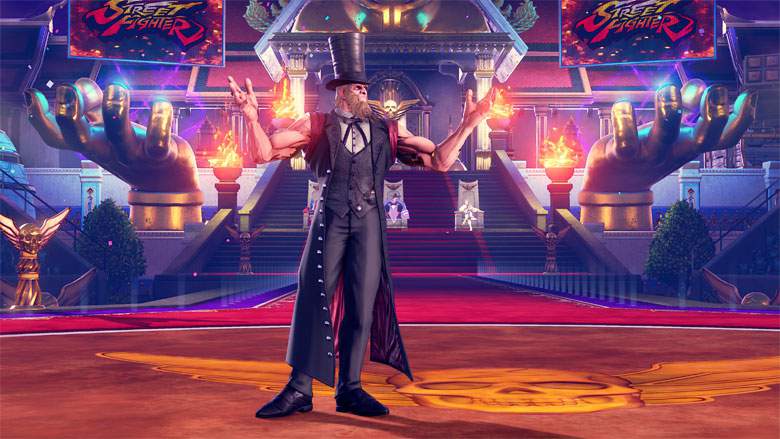 Evo 2018 was popping with some pretty hot news over the weekend, including new information for games like Dragon Ball FighterZ and Tekken 7, but one of the heavy hitters of the genre had some new info as well: Street Fighter V. Executive produce Yoshinori Ono was on hand to share some new information about newcomer G and what he’s going to offer in-game. A live cosplayer dressed as G made a presidential speech, and then showed off his selection of moves, which draw from the power of Earth. And yes, he does look very familiar.

G’s V-Triggers “Maximum President” and “Dangerous President” are pretty awesome as well, and you can see it all in action in his debut trailer below. It’s uh, very patriotic.

G wasn’t the only character shown off though. A familiar fighter, which we all know and love, was also showed off as the final member of the game’s third DLC season. Muay Thai master Sagat (and a tiger) was introduced as the last character. Sagat still uses his specialized “Tiger” moves, as well as V-Triggers “Tiger Charge” and “Tiger Assault.” They’re also available now, so if you want to check them out, you can do so right away!

Which characters are you the most hyped about checking out? Let us know in the comments below!